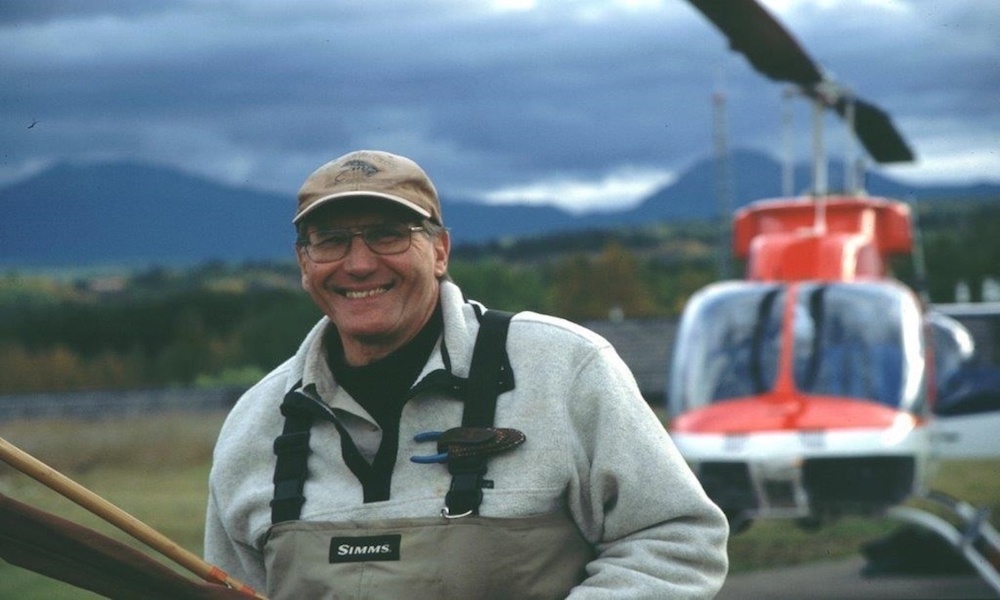 When Lani Waller talks about fly fishing, he brings to mind the great philosophers of old. The insight he brings reveals not only a legend in the world of steelhead fishing but a man intimately connected to the natural world. This episode of Anchored highlights Lani’s affinity for fish as a child and how that grew into a successful career in the industry.

In this interview, April learns how Lani’s decision to give his all to a presentation he delivered at the end of a five-day tradeshow to an audience of 5 people led to his well-known steelhead fishing videos and becoming an overnight hit. That opened the door for new opportunities and business growth. Now, at 74 years of age, Lani has experienced much pain and joy in his life. He continues to engage in the mechanics of fishing but finds himself digging deep into the psychological and spiritual processes that he experiences.

Outline of this Episode

When his love for fishing began as a child

Lani’s earliest memory of fishing was catfishing in Missouri with his father. After catching his first fish, he begged his father to keep it. His father made a home for it in the bait bucket that lived at the end of Lani’s bed. After a steady diet of peanut butter, bread crumbs, and cereal, his pet catfish died. As a young boy, he had a real affection for the natural world and its creatures. So he had a ceremony and burial for his “Catfish buddy.”

Finding his way in the Fly Fishing business

Fishing became Lani’s sole focus. In choosing a college, the deciding factor was the proximity to fishing opportunities. After some years, he became tired of school and needed a break. After taking time to travel to figure things out, he still wasn’t sure what to do. In 1977 a fraternity brother pitched the idea of opening a fly shop in the bay area. After running the shop for a few years, they decided to get into the travel industry and book clients for Alaska trips. After seeing what growth opportunities existed, Lani decided to promote himself at trade shows. At one particular tradeshow, Lani had the chance to do a steelhead fishing presentation at the end of a 5-day show. As he looked out at the meager audience size of 5 people, he began to question even doing it. However, he remembered that those five people decided to stay, and he knew that they deserved his best. Turns out, that audience consisted of executives and the CEO of Scientific Anglers. They were looking to cast a presenter for a fly fishing video series and wanted Lani to try out for the part. After creating the 3 part series, Lani became a celebrity of sorts and his phone rang off the hook.

The aftermath of surviving a plane crash

In 1992 on a trip to a wilderness lodge in BC, Lani and two others were in a serious plane crash. Lani was the only one to survive. After surgeries, rehabilitation, and a renewed sense of life, Lani was able to get back in the waters that brought healing of the trauma, which he still finds today.

This episode speaks to the whole of a fly fisher. You will hear about the realities of the business, preference and gear and style, and the insights of a man who has dedicated his life to the natural world’s connection. You do not want to miss this.