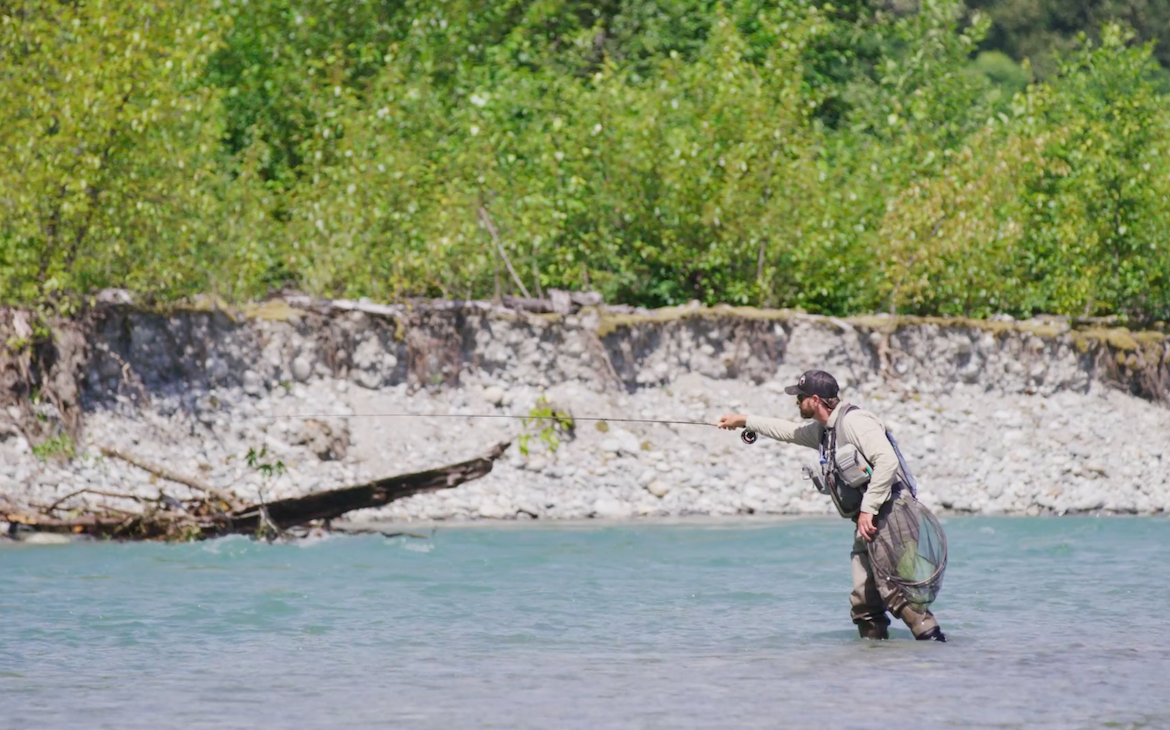 Fish often prefer to hang out on the bottom of the river where they have a reliable food source and the current isn’t too strong (so they don’t have to work as hard). Wouldn’t it make sense to fish where the fish are? Czech nymphing provides anglers with exactly this opportunity.

Czech nymphing expert, Clint Goyette, joins me to explore the fascinating technique of Czech nymphing. He explains what Czech nymphing is, what kind of equipment you need, and why it is an effective form of fishing. After listening to this episode, be sure to check out his Czech Nymphing Masterclass here.

Who is Clint Goyette?

Clint Goyette was born and raised in Deep River, Ontario, a small town of 4000. There wasn’t much to do in the nuclear research town but hunt and fish. Clint was lucky enough to be able to head to the river to fish every day from the age of 9. After attending university in Halifax, he came away with a degree in Biology.

After university, Clint headed to Whistler to begin guiding. He now lives in Squamish where he guides with Valley Fishing Guides. A 12-time competitor at the national level and competitor at the World Championships, Clint is an angler with so much to share.

When did Clint first learn about Czech nymphing?

Clint hasn’t always been a Czech nymphing expert. He actually didn’t learn about Czech nymphing until 2010 when a friend used the technique with enormous success in a competition. After watching his friend’s triumph, Clint wanted to learn as much as he could about the technique.

There is a bit of a learning curve involved so he didn’t immediately turn to Czech nymphing in competitions. As he learned more, however, he started using it in his guiding, which expedited his learning curve.

What is Czech nymphing?

Czech nymphing is the process by which you sink the fly to the bottom of the river as quickly as possible and pull it along the bottom downstream. You start your cast by using a rod-length of line off your fly-tip and send the line upstream. Then you pull the fly along the river bottom while it heads downstream. All the while you push the river to get halfway through the drift. Next, you’ll pull back and maintain the tension while carrying the fly through the drift.

The idea with Czech nymphing is that you’ll always have contact with the fly. If the fly hesitates for even a second you’ll feel it. Not only will you feel it, but you will also see the indicator line move as well. So you can see it and feel it move. The goal is to get the hook set as quickly as possible.

There has been a bit of pushback about Czech nymphing, but Clint attributes that to the fact that it is different than the norm. People don’t understand it, so they tend to be critical of the technique. He attributes this form of fishing to using a putter in golf.

You won’t want to miss hearing the details about Czech nymphing directly from Clint Goyette. This technique completely changed the way I fish and I’m sure you will learn so much not just from this episode, but from his Masterclass as well. Press play now to start learning.