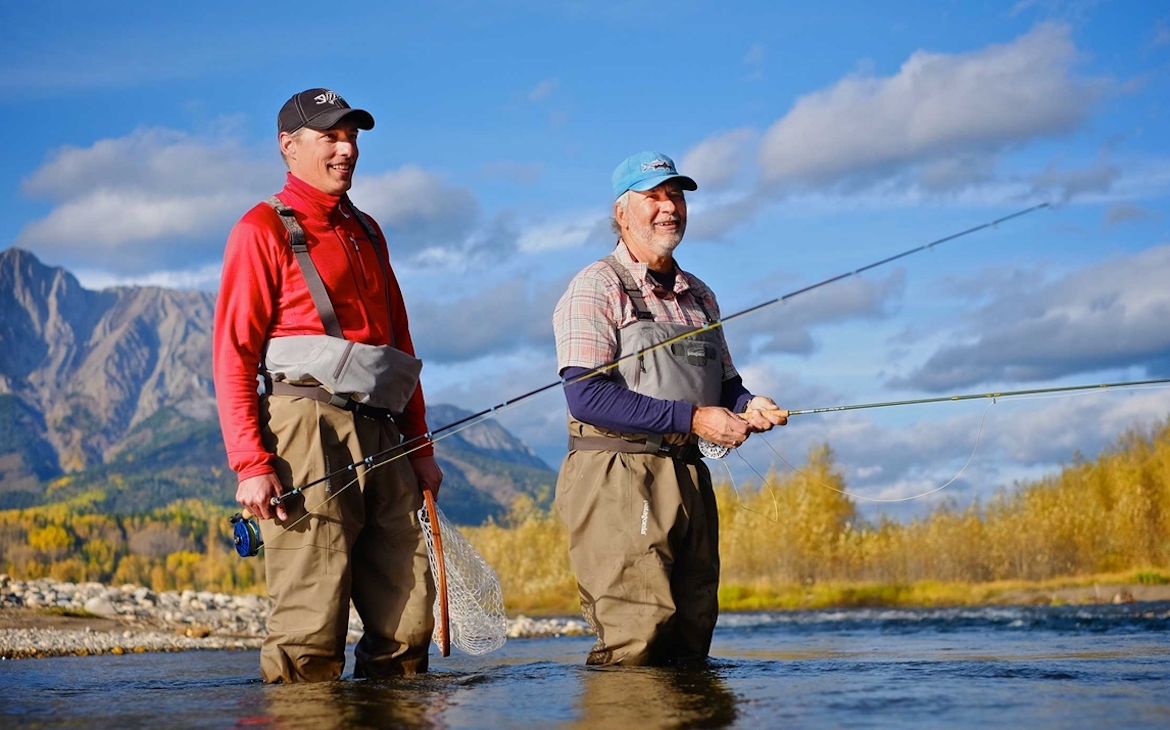 Listen to our podcast episode with Derek here:

Marshal P gave Loon Outdoors Aquel fly floatant five stars and said, “Floats like a daisy and [no] harmful chemicals…” Thank you Marshal P. I actually bought a tube just the other day. Though I did not read your review prior to buying the product, I not only agree with your assessment, I also appreciate the simile you use. It provides a vivid visual for anyone who’s seen both an Aquel laced Chubby Chernobyl and a daisy floating in water (which I have).

Jeffery decided against the comparison and opted for a more direct and honest discussion in his five-star rating of the product. He said, “I suck at fishing But Aquel works well and makes my crap flies float.” Thank you Jeffery. I give your comment five stars for transparency, four stars for alliteration, and three stars for grammar (the upper case ‘B’ error in ‘but’).

Individual flies also have personal ratings on some sites. Orvis allows customers to rate and review each of the flies they sell. The Parachute Adams rates high at 4.9 with 108 reviews. The Stimulator scores a 4.8 with 64 reviews and the Elk Hair Caddis came in at 4.7 with 64 reviews. Some reviewers rated the flies on material quality, others on durability, and others on whether or not they caught brown trout.

As a culture we’re fascinated with reviewing products. The truth is I’ve reviewed many products for Fly Fusion Magazine, but I’ve never actually done an online review after buying a fly-fishing product or a GAP button-down shirt for that matter. I’m not sure about jumping in the online-product rating boat, but I discovered a less crowded boat I could get in. I recently read John Green’s latest book The Anthropocene Reviewed (which I give five stars). In it he reviews the things we don’t naturally think to review such as Canadian Geese, sunsets, and scratch ‘n’ sniff stickers. In honour of his premise, I’d like to review an element of fly fishing that may not normally get evaluated: the concept of five more casts.

I think this is a good place for me to start because most fly anglers I’ve fished with are privy to the concept. It happens at the end of the day when it’s time to go but no one really wants to leave, so you give yourself a cutoff—five more casts. I’m not sure why it’s five. Maybe it’s the same arbitrary logic as the three count for Monty Python’s Holy Hand Grenade. Five appears to be the right number though because it feels neither lean nor excessive. It’s just right.

Five can be six or seven sometimes depending on whether you come from the camp that believes you reel up on the fifth cast or you have to cast the line out one more time in order to reel up properly. There’s also the dilemma of an errant cast in the five count. Should that be included or not? I tend to think not.

That’s likely one of the most endearing aspects of five more casts. It’s a self-imposed guideline so it’s self policed, unless of course you’ve dragged someone along with you who really doesn’t like fishing. They’re always quick to fastidiously hold you to the five count, which goes against the true spirit of the five count. Because fly anglers know if you rose and missed a fish on the fifth cast, five more casts might turn into 15 to 20 minutes and require a second round of five more casts.

It’s also applied regardless of success. The countdown is needed on a five star day or a one star day. For the tough days when the trout are tight lipped, the last five casts might just take the angler to a seam or pocket where a trout finally makes an appearance. There’s also the hope that five more casts allows the angler to arrive at the exact cross section of the day where the fish start to feed or a hatch miraculously starts and triggers the trout to begin their procession to the surface. Or if none of this happens, then the fifth cast could produce the one fish that allows you to leave the river with a sense of accomplishment or even a story…remember the day when I didn’t catch a trout all day and then on my last cast an enormous trout came up and sipped my Parachute Adams.

The opposite is true as well.  A fantastic day of fishing requires five more casts because if the fish are biting then you never really want to leave. You appreciate the good days because you know it’s not every day the trout feed recklessly on stoneflies. It’s these days when five more casts has the possibility of bringing up the largest fish of the day. Although, on the good days it possibly means ending the day on the third cast because you landed a decent fish and you know you’ve only got two casts left. A true dilemma. Do you stop because you want to end the day with a landed fish or do you gamble and take your two last casts and hope for one more?

As far as I understand, five more casts is not necessarily exclusive to fly fishing. Casting is obviously, but I’m quite sure it’s more of a human nature thing. I don’t ever remember being taught to count down my casts. Maybe humans are programed from an early age. I think of my kids playing at the park when they were young. As a parent, I’d give them the “five more minutes son” warning, which sometimes worked, but sometimes I’d have to pick them up under an arm and carry them away while they loudly protested. The five more casts phenomenon likely has its roots in complex interconnection between work and play. We desire to play all the time, but we know this is not optimal for our survival so we set up safeguards and boundaries. Five more casts is likely a self-preservation tool for fostering responsible adulting.

I recently watched the third season of a BBC series called Detectorists. The storyline follows two characters who use metal detectors to unearth hidden treasure. Though the series is not fast paced nor Marvelized, the writing is refreshing and endearing. In one scene the protagonists, Andy and Lance, search a field while discussing complicated elements of their lives. Near the end of the day Andy says, “Don’t know what I’d do without this place to escape to.” Then Lance says, “Call it a day?” Andy replies, “Shutting down detectors in five, four, three, two…” and they count down hoping their detectors will pick up one last signal before they turn them off.

That’s likely the answer. Maybe there’s something about fly fishing, and about any pastime really, that we universally recognize is good and right because it is a place to “escape to.” The last thing we want to do is leave, but something inside us understands if we never leave then it never has the possibility of becoming an escape.