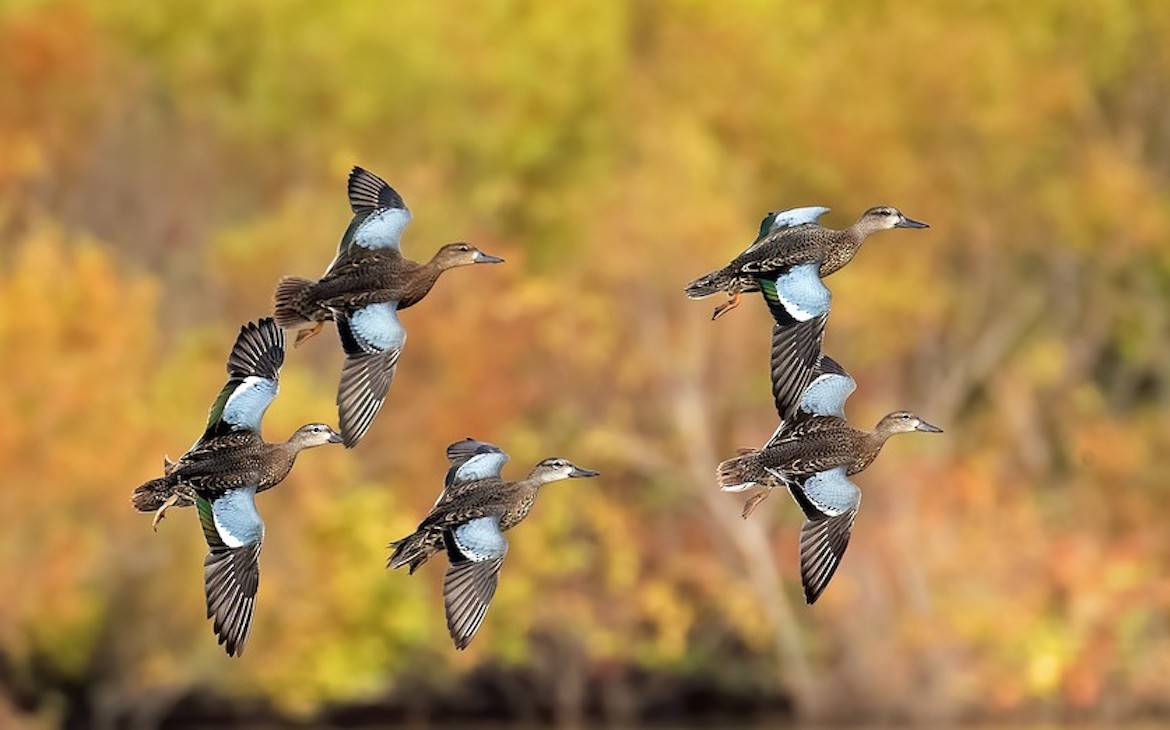 If you want to hunt ducks and geese in the traditional manner—from a blind, over decoys—it’s costly. I can’t sugarcoat that. To consistently hunt waterfowl effectively in this way, you need a truck, ATVs, boats, motors, enclosed trailers, dozens of floating and/or field decoys, calls, and a good gun dog. The gear and gasoline can cost you tens of thousands of dollars. And you still  haven’t gotten access to the birds yet.

There are public-land options across the U.S., but a majority of the best hunting in the states is done on private land, because the cost of building and maintaining duck habitat is expensive and it’s tough for most wildlife departments to find the budget to pay for it. In many places, you have to buy a farm, lease land, or join a duck club—now you’re looking at hundreds of thousands of dollars over the course of a lifetime chasing ducks. Canadians are a bit more fortunate. They still have to buy the gear, but access (particularly in the western provinces) is readily available, though there are many Americans crossing the border to hunt, which creates more competition and puts pressure on birds. Still, it’s a much better deal than we have in the U.S.

If you’re wealthy, becoming a duck hunter simplifies the process. But most of us don’t have unlimited funds to spend on our hobbies. For the average aspiring waterfowler, it’s daunting to think about the cost of all this. Coming up with the cash probably seems near impossible. The financial commitment is a major reason why the waterfowl community is so small—there’s only around 1 million of us in North America. It’s much easier (and cheaper) to hunt whitetails or small game, like rabbits and squirrels. But if you’re passionate about becoming a duck hunter, there are a couple options that don’t require much money. Here is how to get started.

All you need for this pursuit are a shotgun, shotshells, and the skills to stalk wild game. Ducks tend to loaf and feed on small rivers, creeks, and close to the shoreline of watersheds and lakes. Typically, you wait until early afternoon when the birds have returned from feeding in the morning, sneak up on them, and shoot as they flush off the water. This is a common way for new hunters to learn how to hunt waterfowl. You want to focus on small water, not a large lake where birds refuge. If thousands of birds are congregated in one area, you should not jump shoot them. That can push the birds out and ruin the hunting for others.

I like to focus on small, tree-lined creeks early in the season while it’s still relatively warm. These are good places to catch wood ducks hanging out before they fly to an evening feed or back into their trees to roost (yes, wood ducks live in hollowed out parts of trees). It’s hard to remain silent, walking over leaves and sticks, so move slowly and as quiet as you can. The nice thing about hunting a creek in the woods is it’s harder for the ducks to escape the canopy or simply fly away quickly. So you have an advantage there.

The banks of lakes and ponds can offer great jump shooting opportunities. Look for locales with tall grasses around the water, and if you can go on a windy day, all the better. The wind will dull most of the noise you are making as you move through the brush. It gives you a better chance at success. Note that ducks on the water are mostly preoccupied with dabbling, preening, and feeding. But there’s always a few on the lookout for predators. So you have to be ready to shoot once you get in close. The first few times the ducks will likely sniff you out and fly off, but like anything, the more you practice, the better you get.

Here again, you will only need a shotgun and shotshells. But you will have to scout and decipher where birds are coming and going from. Ideally you find a hedgerow or treeline that ducks or geese are flying low over, hide there, and then when they come over you, shoot. I like to let the birds go out and feed and then pass shoot them on their way back to the roost or a day loaf (this is water they sit on basically to hang out on until it’s time to feed again). If you shoot birds as they fly out, it can educate more of them, because birds typically will come out in larger flocks. They trickle back after feeding, so you can likely get more shooting in. It will also allow you to pass shoot from the same spot for multiple hunts. Once birds feel the pressure of shotgun blasts, they tend to find safer havens.

One thing you want to avoid is pass shooting near large roosts. Everyone hunting in your area may be chasing birds that are all sitting on the same refuge, and you don’t want to screw that up by shooting too close to it. You’re looking to hunt flight corridors, not a body of water where all the birds are sitting on. You should know where the roost is, but never shoot it, unless you want an entire county of hunters pissed off at you.

Just about every place you go nowadays has a population of big Canada geese. They live in big cities, suburbs, and rural areas, and you can target them anywhere it is legal to do so, which is typically outside city limits. In August and September there are early goose seasons with expanded daily limits (five to 15 birds a day). This is a great time to hunt, but you can also target local geese throughout the regular season.

Resident geese tend to fly the same patterns and have the same habits for days, even weeks at a time. They fly similar routes, feed in nearby fields, and loaf on familiar waters. Now, they are wild animals so you can’t always rely on them doing the same thing, but they are less unpredictable than migrating birds, especially in the first days of early seasons.

As a novice, you should find the X. That can be a cut agricultural field, pasture, or pond. You will need decoys, but locals travel in small numbers, so you won’t need many. My suggestion is for field hunts, buy silhouettes. They are cheaper and less cumbersome than full-body decoys. Silhouettes are two dimensional, but from a distance look like they are moving, and that’s what geese key in on. Buy as many as you can afford, but really it only takes about two or three dozen.

For water, you only need a few floating decoys. As I said before, locals travel in small flocks, so when they come to water, the birds are likely used to seeing only a few other geese on the pond, or maybe none at all. Six to eight floaters is adequate, and if you want to buy another dozen silhouettes and stick them on the bank, that will only increase the realism of the decoy rig. You can use natural cover as a blind (hedgerows or tall grasses), but I suggest buying a Tanglefree Flight Swag Blind of Ghost Blind.

Another early-season pursuit, blue-wing teal are some of the first ducks to migrate south. Seasons begin in early to mid-September, depending on where you live. There are also green-wing teal and cinnamon teal, and they can be hunted during the early season as well (you can shoot all three species during the regular duck season too). Teal love moist soil habitat and shallow water. You can effectively hunt them in an ankle-deep wetland. They also love mud flats.

You will need a pair of waders to hunt teal, but floating decoys aren’t a necessity to bring them within shotgun range. I do use teal decoys at times, but mostly just hunt them with four to six spinning-wing decoys, placing them directly where I want the birds to land. Teal are super attracted to motion, and hunting this way allows you to be much more mobile. If you set up and see teal flying in a different area, you can just pick up your spinners and go. It’s a lot faster than grabbing dozens of  decoys and moving.

If you live in the southern U.S., particularly Texas, Mississippi, or Louisiana, teal are typically in abundance during the regular season. They winter in these warmer climates, and are around for months, starting in September. The Great Salt Lake in Utah is also a phenomenal place to hunt teal throughout duck season. Green-wings typically can be found in the Midwest into November, maybe later if it’s a mild winter, so there are ample opportunities.

One of the great things about teal is if you find them, you’re almost guaranteed to shoot a few the next morning, unless there is a shift in the weather that sends them south. But the trick is finding teal. They are very adept at roosting on out-of-the-way spots to keep safe from hunters and any animal that might see them as an easy meal. You almost have to hunt teal in order to scout them, because they typically fly from shooting time to sunrise, and then shut down until the next morning.