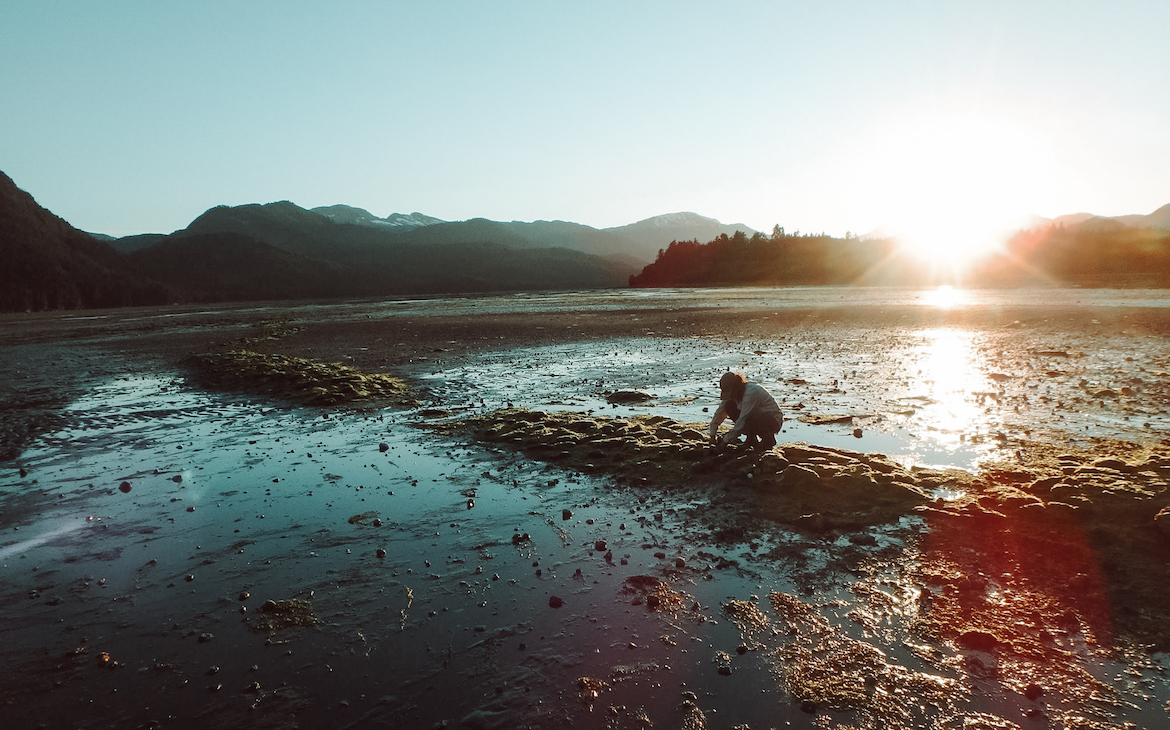 In many countries of the world hunters and anglers have different rights to harvesting fish and wild game based on their ethnicity. In countries like Canada and the United States, differential harvesting rights between Indigenous and non-Indigenous people gives rise to tensions whenever it appears that Indigenous people receive “special” treatment. Outdoorspeople don’t need to spend very long in the bush, in an online forum, or at the local fly shop to hear grievances about how Indigenous harvesting rights are unfair or prevent the government from properly managing fish and game.

For readers who are unfamiliar with the historical and legal reasons for Indigenous peoples’ unique rights related to land and resources, there is plenty of good information out there that can be found online and in books. It boils down to Indigenous peoples’ rights to hunt, fish and manage their environments. These rights preexist the creation of countries like Canada and the United States, and historic agreements (like treaties) and other foundational laws (legislation and constitutions) recognize and protect these rights. History and context are important, but for the purpose of this article, I am interested in addressing what I see as even more problematic—that is, the idea that Indigenous harvesting rights are not just “unfair,” but harmful to the environment.

As a hunter and angler of mixed Tsimshian and European descent who lives in my own homelands in the Pacific Northwest Coast of British Columbia, Canada, I have had the privilege of being schooled in the land stewardship laws and governance systems of my own people. I have also witnessed how Indigenous knowledge and harvesting practices sustains ecosystems and ensures thriving populations of fish and game for generations to come. By sharing an example from my own backyard, I hope to shed some light on the value of Indigenous harvesting practices, and why state laws and systems that protect Indigenous harvesting practices are important for land stewardship and conservation.

To begin, I think it’s worth noting a key difference between Western and Indigenous resource management practices: Indigenous practices have been tested and refined over millennia, Western practices in North America go back less than 500 years. As noted by Melissa K. Nelson and Dan Shilling in their book, Traditional Ecological Knowledge, for over 14,000 years in North America, Indigenous peoples were able to live in ways that did not threaten ecosystems and food populations like we see today.

And in spite of centuries of colonial assimilation policies and processes aimed at dispossessing Indigenous people of their relationships to the land, Indigenous law and stewardship practices still have tangible benefits for ecosystems. While it is true that not all Indigenous people abide by their own laws when it comes to stewardship and conservation (and this could be said about people from any culture), Indigenous stewardship practices provide an alternative to Western ways of resource management that can be looked at by people seeking sustainability, ingenuity and success.

A recent Canadian study showed lands managed and protected by Indigenous peoples have 40 percent more biodiversity than those managed by non-Indigenous organizations or people. More biodiversity = healthier ecosystems. Another report published by the United Nations suggests species are better protected overall when done by Indigenous communities or nations. Keep in mind, the success and maintenance of diverse and healthy species among Indigenous peoples is not because we have stopped hunting and fishing. It is the way we hunt and fish that can allow ecosystems to thrive.

Salmon as an Example of Indigenous Stewardship

I am assuming that most of our readers are familiar with the current depletion of our salmon stocks on the Pacific Northwest Coast. But most people are probably not familiar with how this crisis disregards the existing management science done by Indigenous people for millennia. The example of salmon provides clear insights into how historically, Indigenous harvesting rights have been unacknowledged and undermined. It also points to a different way forward.

Salmon have been a keystone species for Indigenous people on the coast for thousands of years. According to researchers, Indigenous people in the region now called British Columbia (BC) consumed from 220-265kg of salmon per person per year. If we go with conservative estimates (220kg), this presents an annual average harvest of 88 million kilograms per year based on a historical population of 400,000.

According to Department of Fisheries and Oceans of Canada (DFO) records, the average harvest since the 1980s has been approximately 70 million kilograms per year, comparable, yet less than the lowest estimated historical Indigenous harvests. Yet under the management of the DFO, salmon populations have been steadily dwindling, resulting in the collapse of many salmon populations. Prior to contact, Indigenous people had consistently harvested and managed mass amounts of salmon for generations, yet had very different results with their management style. It becomes clear that out of these two management practices, one has proven its sustainability, and the other has not.

One of the most well-known Indigenous harvesting methods were fish traps. Fish traps are made from materials ranging from woven baskets, to wooden stakes, to stone walls, and have been in use from at least 3,600 years to possibly 13,700 years. The particular materials used were area-specific. As a harvesting method, fish traps encourage active species selection, problem solving, forward thinking and awareness of how much extraction specific rivers, creeks and pooling areas could handle. This highly localized management method was dependent on intimate relationships to resources, and this was key for allowing salmon stocks to thrive.

Fish traps were not the only method to encourage active management through harvest. My Elders talk about premodern salmon hatchery practices, the science of harvest selection and astronomy. For example, studying the placement of the moon and stars in relation to mountains to predict the coming runs and what harvesting methods should be employed whether the run is weak, strong, late or early. For thousands of years we have had reliable ways to steward a place.

Traditional harvest technologies that increase abundancy are not limited to fishing; they exist for many species that are hunted and trapped, here is a link to several examples on shellfish. These examples of Indigenous knowledge and technologies prove that humans can do two things at once: harvest from the environment and encourage healthier ecosystems.

As early as 1903, the DFO were mandated to actively destroy Indigenous fish traps, while the Canadian Government made it illegal to fish in this way. To this day I can still see the remnants of demolished fish traps in my territory. The destruction of Indigenous fish traps and colonial policy has led to a dependence on industrial fishing methods, a shift in values and the loss of knowledge necessary for maintaining the relationships that were crucial to salmon harvests.

The DFO is still constrained by legislation to manage fish stocks without the management tools developed by Indigenous peoples. Often, it isn’t until Indigenous people actively protest these decisions that better informed outcomes arise, as has been shown recently with the herring fishery. In addition to the revitalization of traditional fish trapping methods, Indigenous people have made numerous suggestions related to time allocated in between harvests, area-specific harvest sizes, protected areas, and traditional harvesting technologies (such as traditional Indigenous seins/gillnets). Even though historical harvest estimates indicate that large harvests of specific species can be carried out sustainably, suggestions by Indigenous people about how to do this has fallen on deaf ears.

Looking Forward by Looking Back: Drawing on Ancient Wisdom for Contemporary Challenges

By looking at the salmon example in British Columbia, we see why it is important to encourage the inclusion of Indigenous voices and practices in conservation and land stewardship. Different nations, cultures and regions have different ways of addressing these issues, but as a whole, Indigenous knowledge makes the conversation much richer. If we break down the perpetual arguments on this issue, they often boil down to the belief that Western law is truth and Indigenous law is not. This fosters a harmful, prejudiced and distracting narrative that Indigenous people do not follow laws when it comes to harvesting.

As Indigenous people, we see many issues in our own communities that we wish to address. Many express a dislike for the forced dependency on modern harvesting technologies and practices, and for the waste we currently see. Many Indigenous communities around the world have been displaced from their ancestral territories and are re-learning their harvesting knowledge and practices that were disrupted by assimilation policies. As people with a rich history of management science, we have knowledge that can help to address pressing questions of stewardship and sustainability by asking ourselves, “What were the practices that allowed our ancestors to sustain themselves for millennia?” It is my hope that hunters, anglers, lawmakers and politicians would be open to exploring the answers to that question as well.

Episode #: 117 (click to listen)
Duration: 2hr 12 min
Topics Discussed: Government relations and the complexities of indigenous peoples in Canada today.
Bio: Spencer Greening (La’goot) is an indigenous scholar from the Tsimshian peoples of the Pacific Northwest Coast. His current doctoral research examines the relationship between traditional ecological knowledge, indigenous legal systems and indigenous management of ecosystems in a current context. His work has lead him to be honoured as a Trudeau Scholar, one of Canada’s top academic awards.