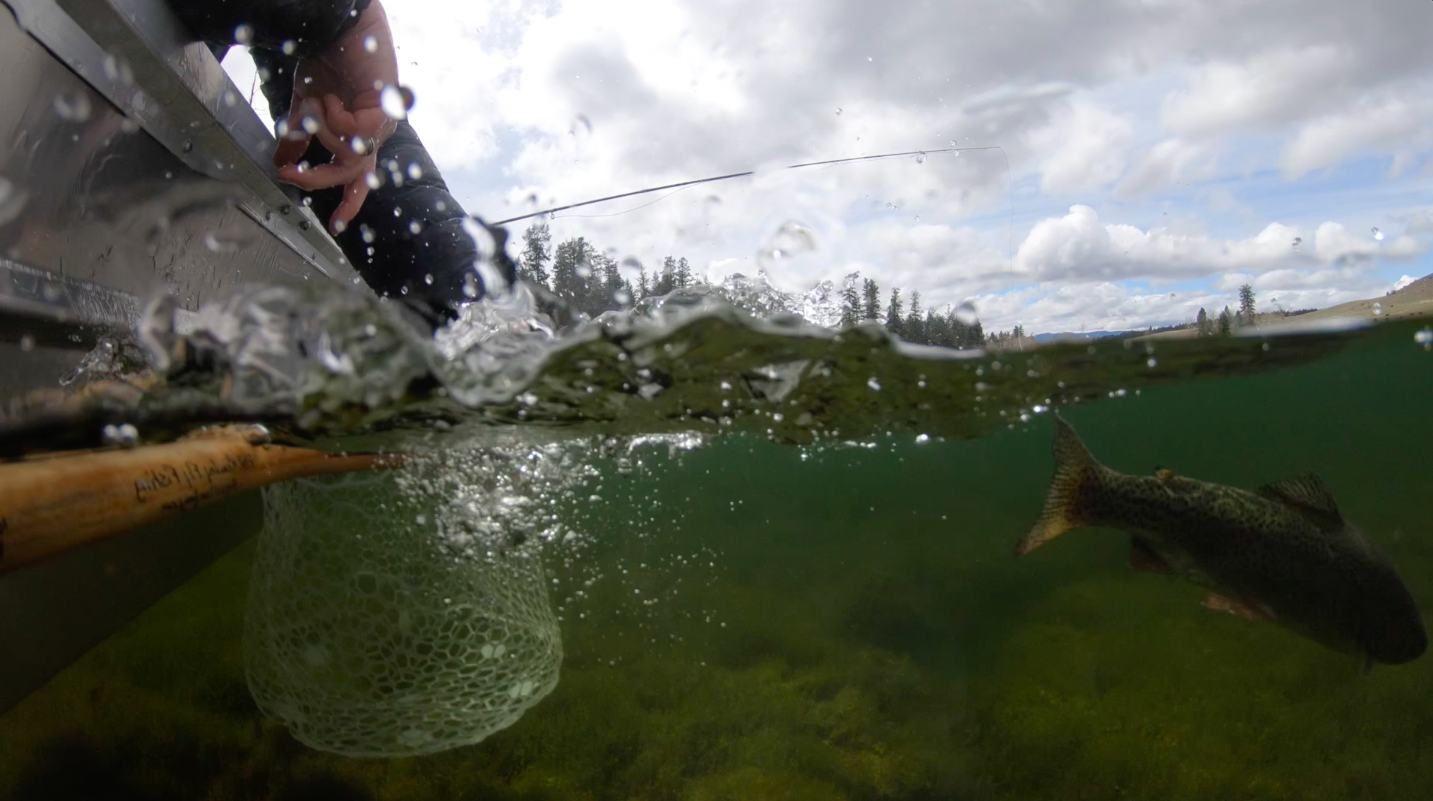 As you’re learning the skills of fly-fishing, instructors stress reading the ripples, maneuvering your mend and resetting the fly at the end of the drift. Manipulating a fly through moving water is a subtle art form that creates a partnership between the angler and currents. When done correctly it’s a smooth dance. Performed at its finest, you might be rewarded with a bite.

So, what happens when the water isn’t moving? Many anglers struggle with this as they move from rivers to lakes. Throwing out a line in stillwater takes away the partnership of moving water. Instead, it requires the angler to rely on their abilities to make the fly come to life.

“We don’t have any current as our river and stream colleagues do. So, we have to induce a take by how we move the fly through the water,” said Phil Rowley, who has been fishing stillwater almost exclusively for more than two decades.

Fly-fishing stillwater requires anglers to move the fly using a technique often referred to as the retrieve. Many anglers refer to this as stripping–cue the jokes that often come with the term–but there are actually several variations of the retrieve. Within each retrieve, Rowley says there are four elements. These include the length of the pull, speed of the pull, time between pulls (often called the pause), and the overall pace of the retrieve.

Be Sure to Pause

The pause, according to Rowley, is the most important part of each retrieve. “When your fly pauses, that fish has the predatory advantage to pounce and jump on your fly and take it,” said Rowley.

The pause isn’t effective if the fish isn’t interested in the first place. Think of it as walking past a restaurant where the smell of dinner is wafting out onto the street. The temptation brings you in and entices you to commit to a bite. That’s the retrieve. Your fly likely doesn’t smell but it should move alluringly. The action gets the trout excited, but it’s the pause that gives the fish an opportunity to bite.

You must master the movement of the fly to entice the fish. Fish can be picky. Different flies require different movements. Rowley uses four retrieves including the hand twist, pinch, strip and roly-poly.

The hand-twist is the cornerstone retrieve in stillwater fly-fishing, according to Rowley. To execute this technique Rowley says it’s important to keep the rod pointed down toward the surface of the water. Holding the line with your thumb and forefinger, roll your retrieve hand back up the rod hand and pull down the length of line at the same speed and length using the tip of your pinkie finger. Continue the rolling motion until the fly surfaces.

The pinch retrieve provides an excellent pace to mimic a chironomid pupa or larva. With your retrieve hand, position your palm facing your body and touch your fingertips to your rod hand. Make sure your hands are touching. Reach up with the thumb and forefinger of your retrieve hand and take a “pinch” of line and pull. Always keep your hands touching. This ensures that there is only so much line you can retrieve before you have to re-pinch and begin another retrieve. This results in a slow, natural retrieve.

Most anglers recognize the strip retrieve, or at least its name, even if they’re not executing the technique masterfully. During a strip retrieve the line is pulled using the rod hand. The length and pull speed varies depending on what you’re trying to mimic. You can use long, slow strips or quick, erratic motions, it just depends on the fly.

The Roly-poly retrieve is very different from the retrieves many anglers are accustomed to using. By tucking the reel and rod handle between your arm and body, this frees up both hands to gather line. Grab the line using alternating rapid pulls in each hand. Do this as fast as possible. On this retrieve the pause element is critical as it allows predatory fish that are honed in on fast, darting movement to target their prey.

For a more in-depth look at how to utilize these retrieves, watch and learn from Rowley as he demonstrates these retrieves in the Anchored Outdoors Masterclass “Stillwater Fishing with Phil Rowley.”

When using a floating line, Rowley suggests keeping the rod tip about 1 to 3 inches off the top of the water. Depending on the type of retrieve you’re using, the fly will move in different ways. Regardless of what type of retrieve you’re using, pace it correctly. Too fast will spook fish. “You want to use slow, natural retrieves to imitate the natural food sources,” Rowley said.

At the end of any retrieve, always hang the fly before re-casting. The hang is a slow rod raise just before the fly reaches the surface of the water. Lift the fly to just below the surface and then pause. This slight movement might be just enough to entice any following fish to commit to a take. So, why does this subtle movement often work? With a hang, the fly changes speed and direction as it moves toward the surface, this can trigger a predatory response and encourage the trout to instinctively attack the fly.

Fly-fishing stillwater is its own beautiful form of art. Mountain lakes offer a beautiful backdrop to float tube for remote trout. Stillwater offers the opportunity to fish for powerful predators like pike and lake trout. If you’d like to embark on an A-Z learning curve, check out our Masterclass with Phil here.