Home » Your Guide to Camo and Non-Camo Options – Jackie Holbrook

Your Guide to Camo and Non-Camo Options – Jackie Holbrook 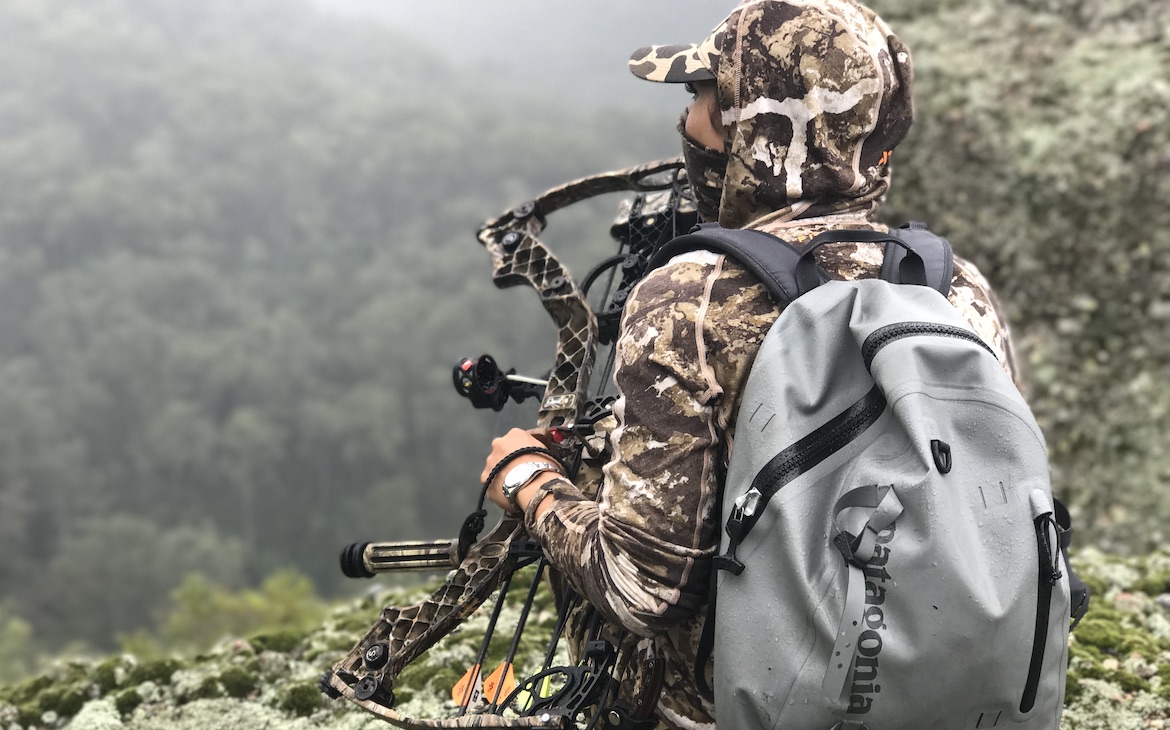 Most hunters aren’t making a fashion statement when they walk into the field. In fact, they’re looking to go unnoticed by their quarry. A hunter’s wardrobe is surprisingly personal. Some people shell out more cash on one layering system than on their entire wardrobe for work. Other hunters piece together whatever’s on sale and in the closet.

Hunters have vastly differing and passionate opinions on what clothing creates success. While camouflage is synonymous with hunting, every year people fill their tags wearing flannel and blue jeans. However, most hunters choose at least one piece in the following options: traditional camo, digital camo and solid colors.

Camouflage clothing is rooted in military operations. The military developed camo to help soldiers blend in with the landscape by creating patterns that mimicked the background. Hunters quickly adopted the idea to help them hide from their prey. Thus, traditional camo was born.

Traditional camouflage patterns mimic popular hunting landscapes and vegetation like forests, marshes and mountains. Looking closely at these patterns you can see the natural elements in them like grass, rocks, leaves and branches. Most patterns have shading that gives a realistic 3D look and depth of field. The most popular color schemes include tan, gray, brown and black. If you’re familiar with camo and trying to picture what traditional camo looks like, Realtree and Mossy Oak are the two most popular brands.

There are a lot of traditional camo patterns on the market designed for every possible hunting scenario. There are designs for spot-and-stalk hunting the high plains and ones for sitting in treestands in the Midwest. There’s white, snow camo that’s popular among predator hunters who are usually hunting in the winter. There’s even blaze orange camo because many state agencies require hunters to wear a certain amount of blaze orange in the field and hunters want the solid orange broken up.

To the untrained eye, camo is camo. However, a closer look reveals there are actually two distinct types of camo. Digital camouflage was developed more recently than traditional camo. That’s why it’s often referred to as modern camo. Digital camo is currently what members of the military wear.

When you look closely at digital camo you won’t see elements of nature. Instead, digital camo is a pattern of pixelated graphics. Digital camo is meant to blur the body’s outline, so it blends in with the landscape, effectively hiding the hunter from their game. Fans of digital camo say it hides a hunter’s movement more effectively than traditional patterns.

Solid colors are also an option, and a good one. Some hunting apparel companies don’t even sell camo clothing, instead opting for neutral tones like tan, gray and green. Some experienced hunters will swear that wearing a variety of solid colors to break up the human form is just as effective as camo. This is more prevalent amongst rifle hunters who don’t have to get as close to their quarry, but it can also work for bowhunters.

Some groups of hunters are known for their solid choices. Upland bird hunters usually wear solids, as do hunters in Africa and Europe. Wearing solids has benefits outside the field too. There are usually licensing fees associated with camo patterns, which can make camo clothing and accessories more expensive than solids.

Wearing solid colors also allows you to repurpose your hunting wardrobe. You can use your favorite pair of gray hiking pants and purchase a tan jacket that can be used for hunting and fishing. (Learn more about how to multipurpose your clothing and how it saves money in “Your Guide to Buying Hunting Gear on a Budget.”)

Not every solid color will work. Don’t dress head-to-toe in the same color, or your human form will be easy to spot. Black and white are also colors to avoid. Reflective clothing is a big no-no, so take a look at any logos. And research has shown that ungulates like deer can see shades of blue.

The fashion options are endless for hunters. For every diehard camo enthusiast, you’ll find a hunter who swears by solids. Ultimately hunters need to dress to breakup up their outline, blend in and stay silent. The only article of clothing that might be a must-have is blaze orange, if it’s required for the area and season. Don’t stress too much about what to wear. Scent, sound and movement will probably give you away before whatever you’re wearing, so just be sure you’re comfortable and confident in your choice.