Home » Anchored Ep. 191: Gill Steele On the Future of BC Fisheries

Anchored Ep. 191: Gill Steele On the Future of BC Fisheries 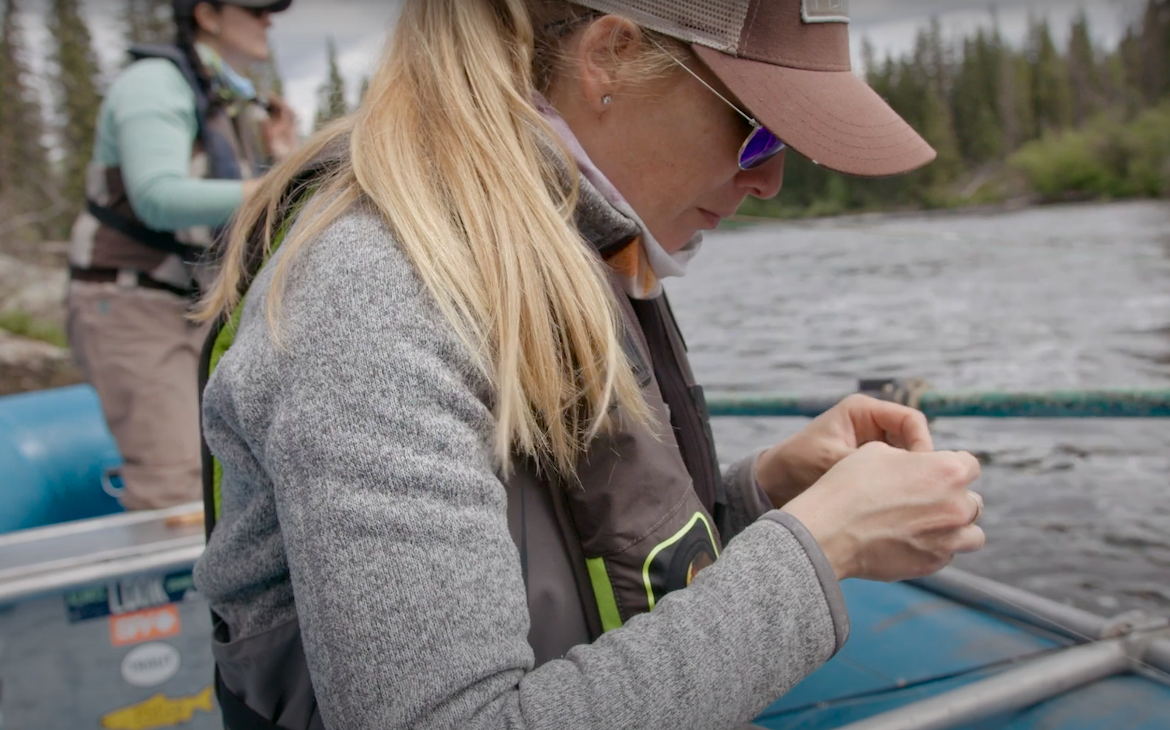 Gill Steele has optimism and energy that is a breath of fresh air. Even though she is actively fighting for the declining fisheries around BC, she remains optimistic about the future. On this episode of Anchored, Gill and April discuss her life at Highwater Tackle, her thoughts on the state of BC fisheries, and her involvement in the BC Women’s Fly Fishing group. Join us for this conversation and maybe a bit of her optimism will brighten your day.

Gill had a childhood that many of us could only dream about. As Dave Steele’s daughter, she essentially grew up in the fishing industry with summers spent on family fishing trips to the interior lakes. When she was young her dad worked as the head guide at Stewart Island and he later bought Highwater Tackle. Even though she grew up in the recreational angler community, she was never forced to love fishing; her dad gave her the space to come into the sport in her own way.

Gill fully committed to fishing life when she was still in high school and started working at Highwater, that’s when she began to flourish as an angler. When she got her driver’s license she finally had the freedom to go explore different fishing spots on her own.

Even with her love of the sport, Gill didn’t celebrate her love of angling or share fishing with her friends until she was in her mid-twenties. She thinks that social media has done a lot to portray fishing in a new light. Once you pair fishing with photography and videography, it suddenly becomes cool.

Gill is hoping to be a voice for the fisheries

Gill has always worked at Highwater, but she isn’t sure that she will be the one to take over the shop when the time comes. Even though she already has a degree in environmental geography, she is now working on another degree. She felt the need to go back to school because of all that is happening in BC with the salmon fishery.

The fisheries need more voices from the people that are actively involved in them and she wants to help. Since she worries about the longevity of sport fishing, she wants to get her hands wet and make a difference to the places she loves. Listen in to Gill’s opinions on how to help the Skeena to see if you agree.

Gill created the BC Women’s Fly Fishing Facebook Group with Catherine Laflamme after enjoying the fun and companionship of a girls’ fishing weekend. Their goal is for all women to enjoy the fun of fishing without feeling any pressure. The group has been a great way to meet cool people in fishing and now they offer several fishing trips a year. Discover where their next trip will be by pressing play now.

Thanks to this episode’s sponsor