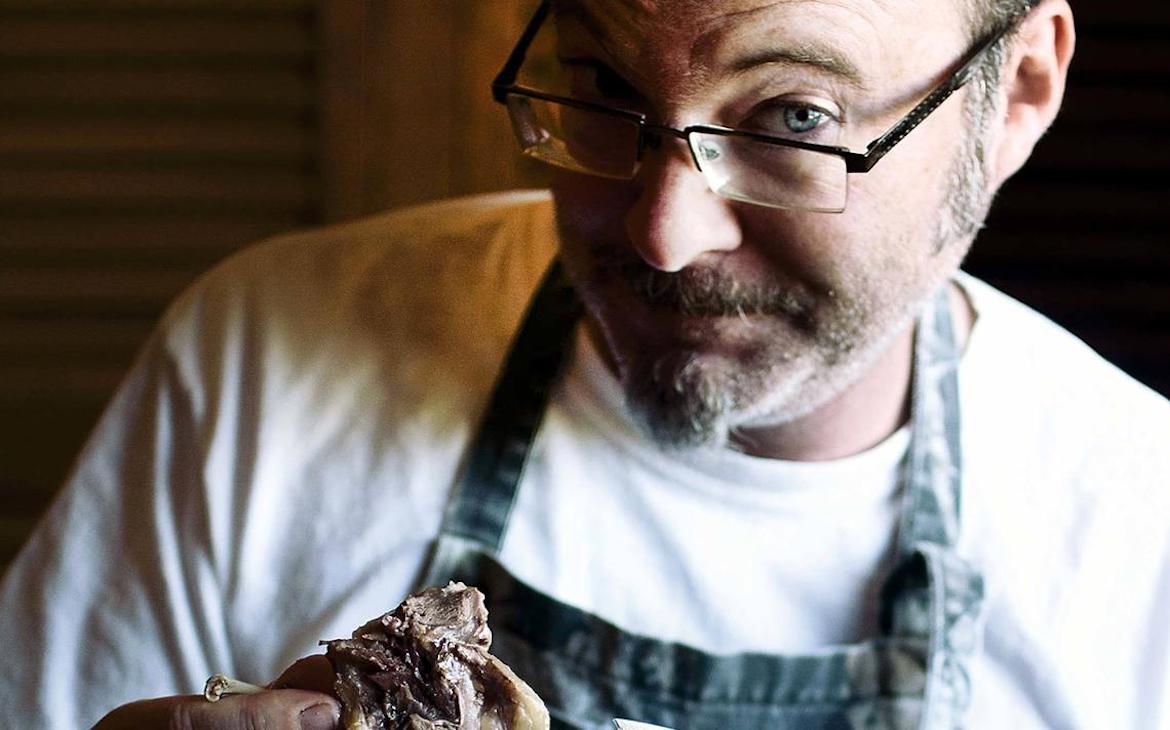 If you enjoy hunting, gathering, and cooking then you’re probably familiar with Hank Shaw. Hank is the voice behind HunterAnglerGardenerCook.com and the author of 4 (soon to be 5!) books. In this episode of Anchored, Hank and I walk through his timeline, stopping along the way to discuss how we age game-birds, our favourite edible weeds, dandelion wine and more. He taught me some fascinating tidbits about the natural world that I know you’ll find interesting as well.

Growing up in New Jersey, Hank was a bit of an anomaly since he knew the names of all the edible wild plants and mushrooms. Even though she wasn’t very outdoorsy, his mom felt it was important to pass on her knowledge of the natural world that she had learned from her naturalist uncle. Although Hank didn’t start foraging until his late 20s, he was an angler from an early age. After graduating high school in New Jersey he went on to university in New York, eventually obtaining a master’s degree in History.

Hank’s training as a historian taught him to do research and never take information at face value. He understands not only how to read, but to question where information comes from. Hank enjoys discovering the science behind what he learns. This has caused him to dispel many hunting myths.

The natural world provides a wealth of material

A deckhand, a dishwasher, a sous chef, and a newspaper reporter are some of the many jobs that he has had. His career as a journalist taught him to write clearly, quickly, and on a deadline.  Wanderlust drove him to learn more about the natural world. And he has certainly learned a lot. Hank has been running his website since 2007 and written 4 books. He feels that the natural world provides an abundance of material for his website and that he’ll never run out of things to write about.

Hunting is about more than just the meat

Since Hank is a forager he is even more observant of the natural world, which helps him to be a better hunter and angler. He feels that ancillary information helps make a person a good angler and/or hunter. He explains that one needs to know the specifics about where they are fishing and hunting to really be able to understand the animals in their habitats.

Hank has a goal to hunt for each of the species of small game that he can legally bag in North America. And he is only 14 species away from obtaining his goal. He describes chachalacas from South Texas as the best game bird that he has ever eaten. This episode is packed with so much information that you may even want to take notes.

Check Out Our Sponsor