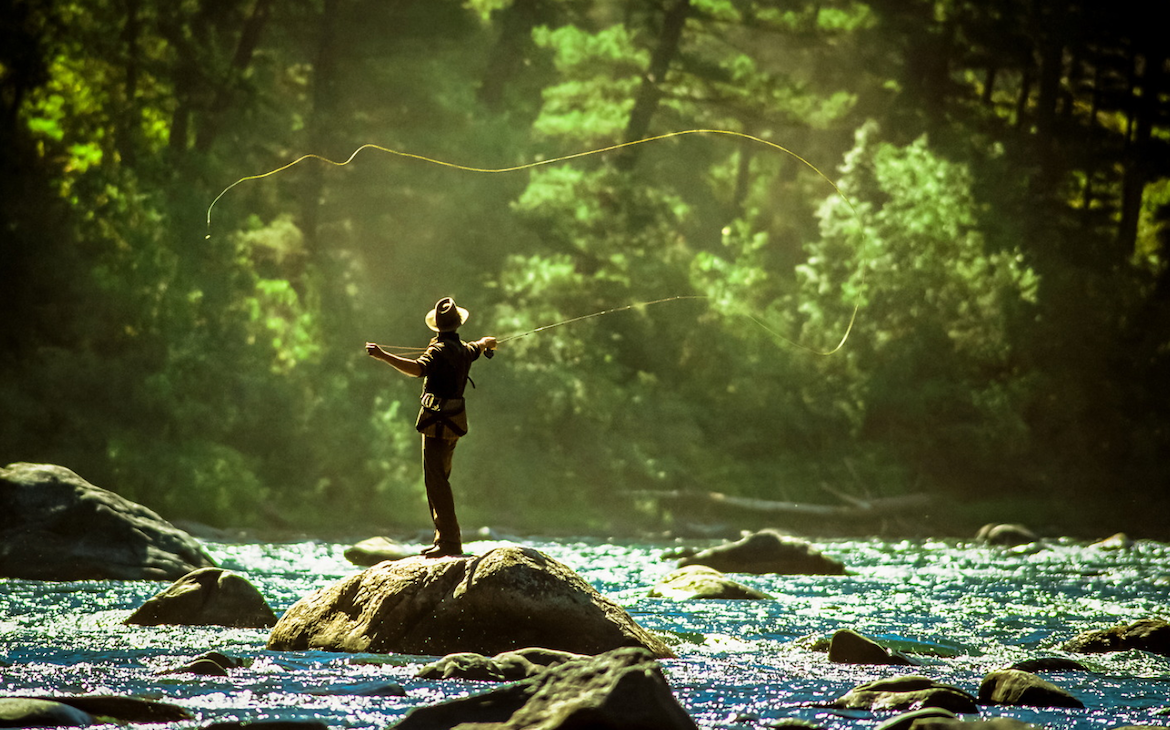 You may have felt a spirituality in nature when fishing or doing another beloved outdoor activity. The healing powers of fly fishing are no secret to John Dietsch. John is most famous for his work on A River Runs Through It, but that is not all he has done with his life. He has been a producer, director, and consultant on many films and television shows that focus on the outdoors. John found his voice as a writer and has written two books, the most recent, Graced by Waters, explores the transformative power of nature. Our conversation goes deep as we discuss his work in film, how important it is to be present, how writing caused him to open up and heal from his brother’s death, and how nature can help us work through our collective trauma.

The dichotomy of the concrete jungle and the actual jungle

Living in California, John Dietsch has always felt the dichotomy of the concrete jungle and the actual jungle. He grew up in L.A. and as a child spent a lot of time outdoors skiing, fishing, and backpacking. John learned how to fly fish at the Orvis School when he was 11 years old. After attending a boarding school on the east coast he went to the University of Colorado. John then taught skiing in Aspen and got into guiding. He has always felt drawn to the outdoors.

How he got his role in A River Runs Through It

John Dietsch has a list of impressive accomplishments, but perhaps his most well known is his work on the classic fly fishing movie, A River Runs Through It. He got the job through random luck and a bit of creativity. After getting laid off from his job at Powder and Surfer magazine he called the wrong number at Sony Studios and ended up talking to the production coordinator of A River Runs Through It. Listen in to hear how a bit of daring and creativity ended up landing him the job.

Fly fishing is about more than just catching fish

To John, fly fishing is about much more than just catching fish, it’s about the entire process involved.  When we get too focused on the end result we forget to be in the present moment. Fishing allows you to be focused in the moment rather than living in your head. When you add the spiritual aspect of letting the fish go, you can truly understand what makes the sport of fly fishing unique.

How we can connect with the spirituality in nature

Studies have shown that nature deficit disorder is a real thing. Humans need to immerse themselves in nature and doing so improves mental health. Humans have a tendency to get stuck in the shadows and now more than ever, those shadows are everywhere. Rather than escaping the traumatic events that we are all experiencing, John recommends looking inward to heal. He finds that connecting with nature is the same for him as connecting with God. John Dietsch has so much wisdom to share. I know his views on immersing oneself in nature will resonate with Anchored listeners.

Connect with our Sponsor