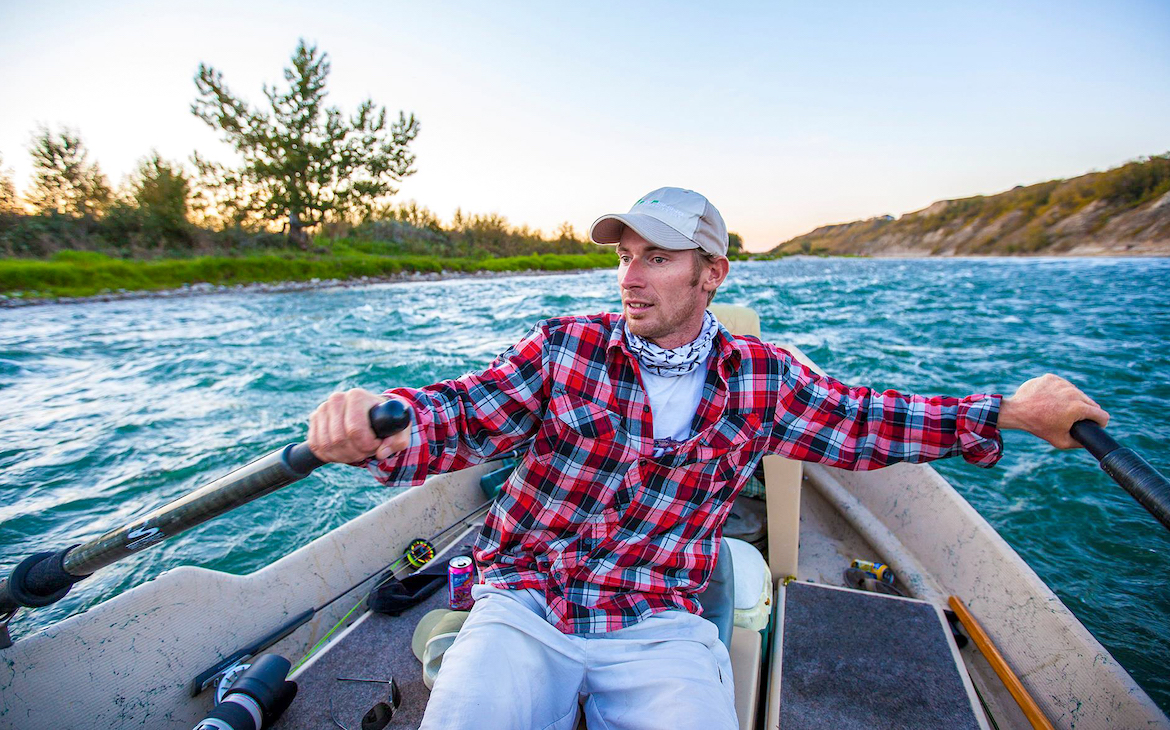 On this episode of Anchored, Josh and April discuss his Master’s Thesis on eye tracking and the visual characteristics of expert fly casters, the latest conservation concern around the Grassy Mountain Coal Mine Project, whether or not to buy a fly shop and more.

Press play to hear this interview.

Josh grew up with a fishing rod in his hand

Josh was fishing by the time he learned to walk. His childhood revolved around the outdoors and he was always hunting, fishing, and camping with his family. Since his father was a teacher, the family spent every summer away from home. He discovered fly fishing at the age of 7 and found that casting was as much fun as catching the fish. It was the perfect remedy for his short attention span.

When Josh was about 12 he met a stranger who introduced him to nymphing and changed the way he fished. The man not only inspired him, but his generosity in gifting him with a handful of flies ended up fueling Josh’s generosity later in life.  Josh got into coaching basketball at a young age to help ensure that youth always had a chance to play. He discovered that guiding is a lot like coaching and his earnings from fly guiding even paid for his university degree.

On the show, we don’t usually dive too deeply into a guest’s education, but Josh’s master’s thesis was on a fascinating topic.  Officially, his thesis was on how manipulating intentional focus affects outcome accuracy. This subject has been studied in various sports, but Josh wanted to learn how this would affect fly fishing. There have been plenty of studies done on the mechanics of casting in fly fishing, but none tracked eye movements. His was the first of its kind.

To compose his experiment, Josh performed an eye-tracking study on the visual characteristics of expert fly casters. Josh selected participants who were certified master casters to ensure that they all had a high level of casting skills.  He wanted to know whether the casters were focusing internally on their body movements or externally on the target. He understood that when you move your eyes your attention has to be diverted as well since your eyes give your brain the coordinates of the target you are trying to hit. He wanted to know if that movement increases delays or makes it more difficult to cast. The participants wore eye-tracking glasses that were calibrated to their eye movements. This way, Josh was able to see what the casters were looking at and their casting movements at the same time. What do you think the results might be? Listen in to find out and it might just change the way you fish.