Eight Things You Should Know About Indigenous Harvesting – Spencer Greening 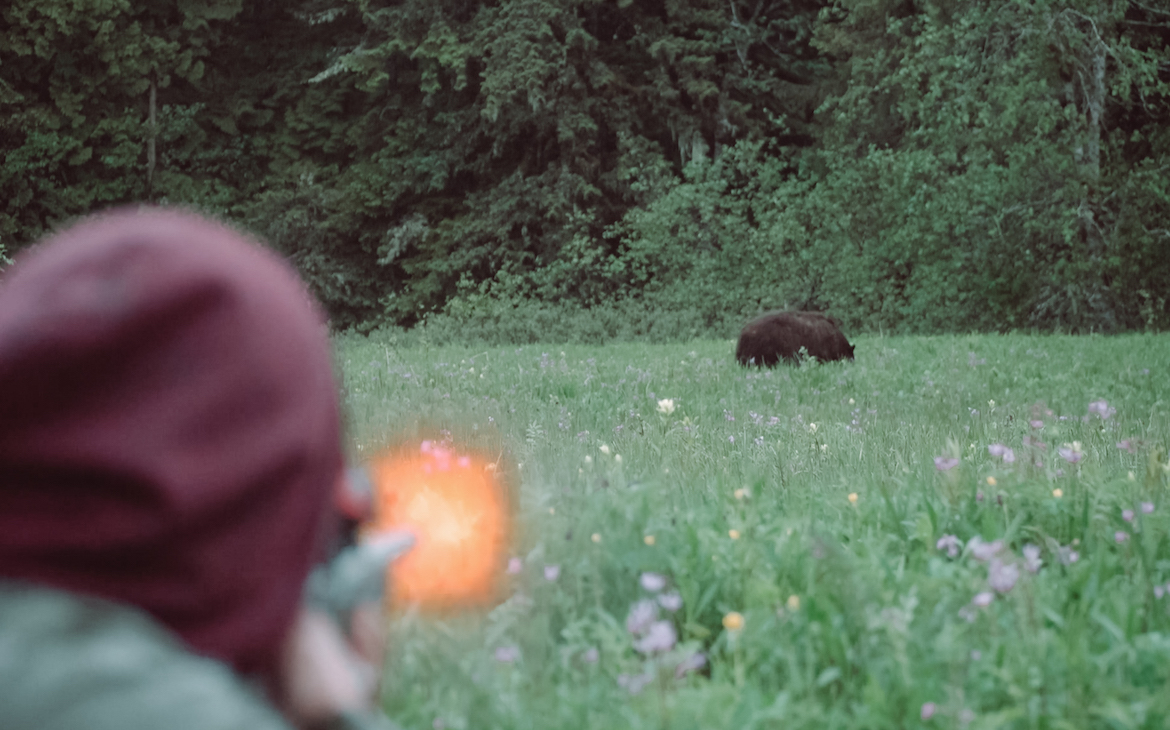 There are some foundational aspects of the Indigenous hunting reality that aren’t as well-known as they should be. Though the topic of Indigenous harvesting practices can be extremely broad, I have found there are many commonalities amongst Indigenous people and their hunting practices, even when those cultures exist in different ecosystems and are thousands of miles apart. This discussion comes from my own experience connecting and working with Indigenous people in North America and those in my own community.

Morals, values and laws are often expressed and policed by traditional authority figures in traditional governments. An interesting aspect of this for outdoorspeople to understand is who and how Indigenous laws were created.

Indigenous people are active harvesters and passionate about ensuring the availability of those harvests in the future. Because of this, those most in tune with environments would have a huge say in the legal dynamics of environment and society. This is something we don’t see in Western law today: environmental law and policy deriving from those who are most in tune with the environments being affected…let alone more individual aspects such as morals, values, taboos and spiritual institutions. I encourage you to imagine what Western laws would look like if lawmakers were also our greatest harvesters. You are probably imagining incredible alternatives and those alternatives probably acknowledge the deep relationship between humans, plants and animals in ways that the status quo does not. Indigenous laws are a great starting place for this. Ultimately, we should empower the laws that are best for the health of our ecosystems.

2. Harvesting is very often tied to spiritual practices and rituals, which influence management.

Some spiritual practices around hunting involve ritual cleansing, fasting without food and water for days, and an array of offerings. Different communities have different protocols, specifics and laws around these practices. In essence, it is about incorporating mindfulness, sacrifice and a cosmic reciprocity/gratefulness for what we humans need for survival. These practices influence traditional law, which in turn influence individual actions.

I think it is interesting for the Western modern world to take note and question why these practices existed and how it affects people’s understandings of use and sensitivity to the natural world? What does this say about modern decision making around extraction from nature? It is important to recognize that even though these traditions may seem foreign and absurd to some, humans would not have put huge amounts of energy and time into these practices, and continued them for thousands of years, if they did not improve their relationship with their ecosystems and their success in hunting and fishing.

3. Western laws around Indigenous rights to hunting and fishing can be inefficient for everyone.

Indigenous people don’t want to empower ill-fated management systems that give a “free for all.” Indigenous nations want rigorous traditional systems of management that put healthy ecosystems first, especially when in Indigenous territories. But due to the complexity of colonization we find ourselves in “gray areas” where sound policy needs to be established.

Generally, Indigenous people have a right to harvest in their territories under Indigenous law. I think the easiest way to understand this is for one to imagine a chunk of Indigenous territory as its own province/state, comprised of its own hunting and fishing laws. As an Indigenous person, I have a right to hunt according to those laws in those territories if I am from there. In my experience, current policy can be complicated when an Indigenous person does not live or never lived in their traditional territory where they have these rights. For example, when I was living outside my territory while in university, I had no relationship with the local communities yet wanted to hunt. I decided I would reach out the province to see what law I should follow, after several “I don’t knows” I got an answer. I was told to hunt within the provincial seasons regulations and bag limits, and use my status card as a tag. Which seemed acceptable, yet in the end I found out there was no need for me to report back on my successful hunts. Without data on my hunt, how could the province practice good population management? I grew quite disappointed in the ambiguity of an Indigenous hunter in the Western system.

Another aspect of the “traditional” meeting the “modern” is how Indigenous people are actively stewarding their lands with scientific research partnerships. A great example of this are “Guardian” programs, where local community members are trained for positions similar to conservation officers and act as the eyes and ears on the land. Like conservation officers, they enforce the law and gather data for management, while holding vast histories of Indigenous knowledge about the area. This is one of the ways Indigenous knowledge and stewardship is helping the game that we all benefit from. This also addresses the fact that for far too long, people who have never stepped foot into unique ecosystems are making decisions on how to manage them. Unfortunately, Indigenous guardians experience racism and hate as non-indigenous people don’t recognize their role in conservation and land management research.

On some level the practice of harvesting is a political expression, as is the exercising of any right. In many cases, these rights have to be actively exercised to maintain their relevance. This is especially important when we are in a place of ongoing conflict with colonial governments. To cease traditional activities is to assimilate, many have not done this because we believe there is immense value in our practices that can improve modern societal norms. We hope that non-Indigenous people can see value in these cultural practices as well, and understand why they can be key in improving modern society’s relationship with the natural world.

6. Ancient cultures have a lot to teach us about using an entire harvest.

Industrialization and consumerism have made us extremely wasteful. Fortunately, humans haven’t always been this way and there are many cultures that offer knowledge to the opposite effect. I am personally always eager to learn how to utilize everything I can on an animal and have learnt through many Indigenous elders that you can pretty much eat every organ and many other things off an ungulate.

This point can extend outside of Indigenous culture to almost any non-Western culture. To this day, I struggle with the mainstream disregard for things such as ungulate tallow, noses, bones and stomachs. It is really pleasant to see a surge in mainstream hunting where people are showcasing uses of all parts of an animal. Often this bridges cross-cultural relationships in a very homogenous social culture, while also creating many lessons for mainstream society and how it can re-evaluate relationships with food and food waste. When possible, support endeavors that share this knowledge and give credit when credit is due. From hoof gelatin to stomach contents, I am sure you may be surprised at what you can eat and why you should eat it.

Note: If relying on written resources, one must know that edibility of plants and animals change dependent on the ecosystem they live in, another reason why local knowledge and guidance is extremely important.

Harvesting a record sized animal can be an astonishing experience, but I think the pursuit of “trophy” animals over “meat” animals is becoming less common in the modern hunting world. When people put more emphasis on having healthy food and meaningful experiences with the outdoors, harvesting becomes less focused on human competition and ego, and more about stewardship, conservation and physical health.

For Indigenous communities, hunting is rooted in the health of the community. One doesn’t hunt for the individual, one does it for the community, and while there is individual notoriety for being a good harvester, the foundation of the activity was for the health of the community. In my own experience I regularly witness a contrast that I love: As opposed to competition of harvesting record book animals in Indigenous communities, I find more competition around who can be the best provider for those who need meat. I think we should all challenge the individualism we see in mainstream society with this contrast.

There is also ongoing debate whether only harvesting old males is actually good for populations. I believe it is context specific, but there are plenty of good arguments that show how harvesting an array of sizes best keeps populations in check. There is a great chapter in the book Hunters and Bureaucrats that describes this in the context of wild sheep.

8. There is a long history of women being bad-ass harvesters.

Men dominate the discussion when it comes to hunting. However, we shouldn’t underestimate women’s roles in hunting or fishing. In every society they hold the role of life givers, and in that role they often take on the responsibility of giving life by managing and overseeing harvest. These stories are not are the forefront of mainstream conversations around hunting and fishing when perhaps they should be.

One of my favorite stories of women hunters is about Bella Twin, the Cree grandmother who took down a record sized grizzly with a single-shot .22 rifle. A personal story is of my great aunt who strangled a marten with her bare hands while it peered into the family smokehouse searching for fish. Upon finishing her seasonal harvest of salmon, she sold its fur. In a non-killing context, there are stories upon stories of how women in my family managed and oversaw the economy of harvesting. In Indigenous communities you are hard pressed to find grandmothers and women who don’t instill the value of hunting, fishing and providing in children. If this is the status quo, isn’t that both ideal and bad-ass?

Episode #: 117 (click to listen)
Duration: 2hr 12 min
Topics Discussed: Government relations and the complexities of indigenous peoples in Canada today.
Bio: Spencer Greening (La’goot) is an indigenous scholar from the Tsimshian peoples of the Pacific Northwest Coast. His current doctoral research examines the relationship between traditional ecological knowledge, indigenous legal systems and indigenous management of ecosystems in a current context. His work has lead him to be honoured as a Trudeau Scholar, one of Canada’s top academic awards.