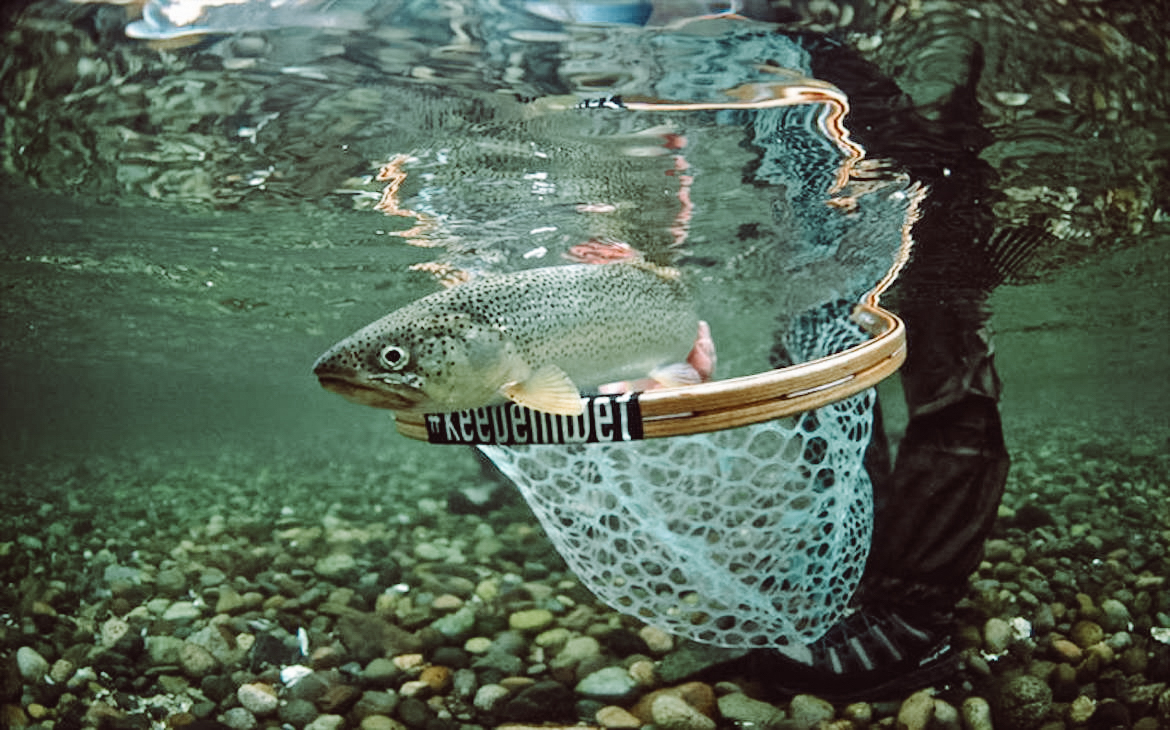 The whole point of catch and release fishing is to ensure those fish live to swim another day. But sometimes, even with our best intentions, that prized fish won’t get to live much longer. Anglers and fisheries scientists, Dr. Andy Danylchuk and Sascha Clark Danylchuk are working hard to change that. Their nonprofit KeepEmWet Fishing (soon to be KeepFishWet) strives to give anglers better practices when practicing catch and release. Listen in to this fascinating conversation to hear why they do what they do, how they are trying to save ecosystems and fish, and best practices that you can employ today.

Husband and wife team, Andy Danylchuk and Sascha Clark Danylchuk know fish. Andy is a professor of Fish Conservation at UMass Amherst, and has been conducting studies on the best practice for catch and release for almost two decades.  As the executive director of KeepEmWet Fishing, Sascha works to help anglers create better outcomes for the fish they catch and release by providing them with science-based best practices garnered from the work of Andy and others.  Her work is done through education, outreach campaigns, and even through partnerships with industry brands. Sascha and Andy are a bridge between the scientific community and anglers.

The science of catch and release

Even though people have been practicing catch and release fishing forever, the scientific community has only been studying the effects of this type of fishing for 30 years. Scientists wanted to learn what happens to the fish after it swims away. There have been over 400 studies from different universities and organizations that have been done on catch and release fishing specifically. These studies have revealed some general best practices that anglers and scientists can apply to any species of fish as well as best practices that are dependent on species and location. However, not many anglers want to drudge through scientific journals to discover best fishing practices. That’s where KeepEmWet Fishing comes in.

How does a fish react after being caught?

There is no doubt that recreational fishing can have an impact on fish, but how does catching a fish affect them after they are released? A lot of that is determined by how the fish was handled after it was caught. Catching a fish is a stressful event to a fish. By reeling them in you have just given them some rigorous exercise. The fish is actually at a point where it needs more oxygen from the water than normal. But you’ve got to snap that picture! Learn how to best handle a fish so you can get the perfect snapshot and ensure that it will still live to swim another day and get the snapshot to post on Instagram on this episode of Anchored.

Some best practices to remember for catch and release fishing

We all know fish get their oxygen from the water, but how long is a realistic time period for them to be out of the water? You want to make sure that the fish is out of the water no longer than 10 seconds to minimize its exposure to air. It’s also important to keep their slime coating intact, so try to minimize contact with dry or hard surfaces. Also, try to reduce the time that you are handling or restraining the fish. Crimp your barbs or use barbless hooks to minimize the damage done when pulling out the hook. Listen in to hear Andy explain the why behind these best practices. You’ll also hear the scientific community’s findings on the net vs. hand debate, why these scientists want you to keep fishing, and so much more in this interview with these 2 passionate anglers.