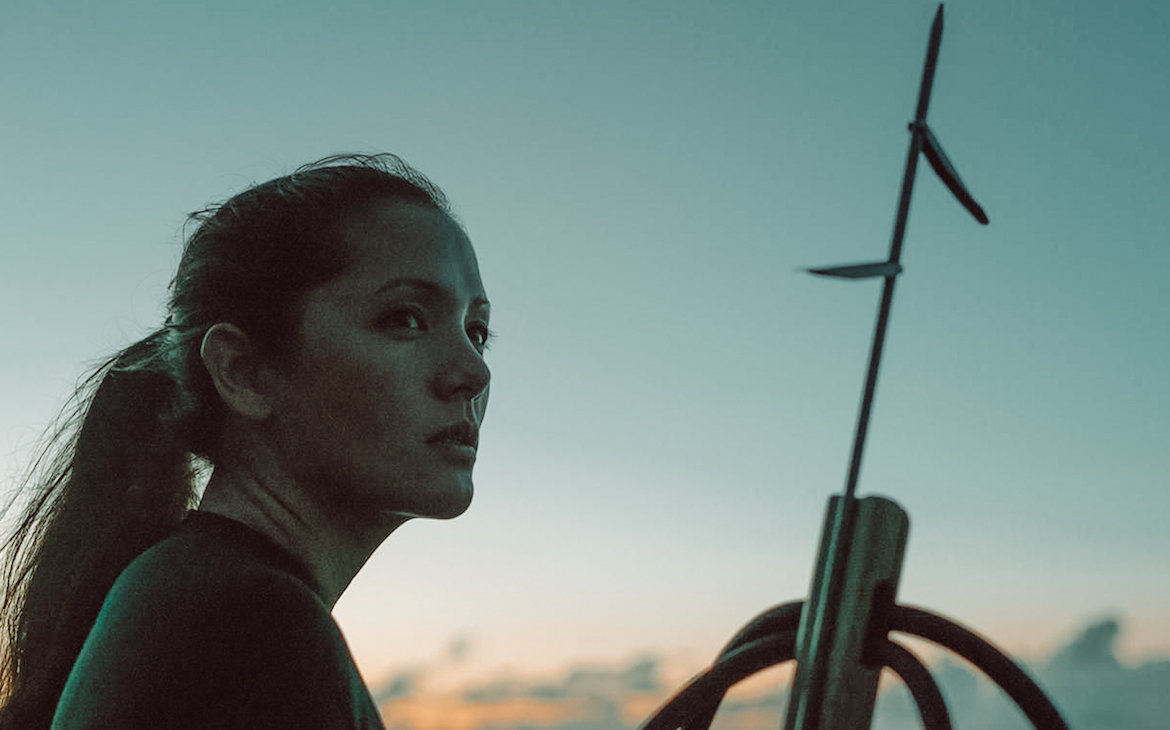 Have you ever wondered if freediving and spearfishing are as peaceful as they seem? My guest today describes them as transcendent. Born and raised in Hawaii, Kimi Werner is a chef, an award-winning artist, motivational speaker, a U.S. National Spearfishing Champion, and most recently, a new mother. Join us for a conversation about life as a new mother, freediving, spearfishing, and hunting. Listen in to hear why Kimi Werner is one of the most inspiring people I have ever met.

Kimi was born on the island of Maui and grew up in the town of Haiku. Since her parents didn’t have much at the time they turned to the ocean for food. Her father would spearfish to feed the family. At the age of 4, she started freediving while trailing her father. She fell immediately in love with the vibrant underwater world. She was drawn in by the colors and the variety of species that didn’t exist in the natural world on land. Kimi loved the freedom she felt in that gravity-free space. She would pester her father to take her diving each day. After her parents began to earn more money they eventually moved to a different neighborhood and bought their food at the grocery store. Kimi stepped away from the world of freediving for 20 years.

A return to freediving and spearfishing

At 24 years old, Kimi knew that a piece of her was missing. Yearning for a different feeling in her life, she reminisced about the underwater adventures she had as a girl with her father. One day she decided to return to the sea. She didn’t realize that the day that she returned to freediving would change the course of her life. That perfect feeling of living in the moment came back as soon as she immersed herself in the experience of the dive. She went on in 4 short years to become the U.S. Freediving Spearfishing National Champion at the age of 28.

Hunting and spearfishing have their similarities and differences

After her first time hunting on land, Kimi realized that hunting and spearfishing have their similarities and differences. Kimi was surprised by her feelings while hunting. She figured she would have the same sense of calm, but she describes her excitement while hunting as getting buck fever. Listen in to hear Kimi’s amazing story about her first time bow hunting.

Spearfishing is not quite like hunting. When she is spearfishing she doesn’t stalk the animal, instead, she piques the fish’s curiosity and draws it in to come check her out. She must draw it close and she is often as close as 3 feet to the fish when she takes her shot.

Kimi has lived her life to the fullest and most recently she added motherhood to her full life. After a blissful pregnancy and watching new life growing inside her, she was shocked by the sudden change that occurs after giving birth. She felt like a deflated, leaky balloon. She felt that since she was such a great pet mama, surely having a baby would come naturally and easily. But she realized that having a baby is so different from having pets. Although she often feels scrambled and frantic in her new role as a mom she knows that the best parts of life are often the hardest. Join us for this uplifting conversation to hear about the ups and downs of being a new mother.

Resources mentioned in this episode