Home » Fly-Fishing: a Cure for Hobby-Sickness

Fly-Fishing: a Cure for Hobby-Sickness 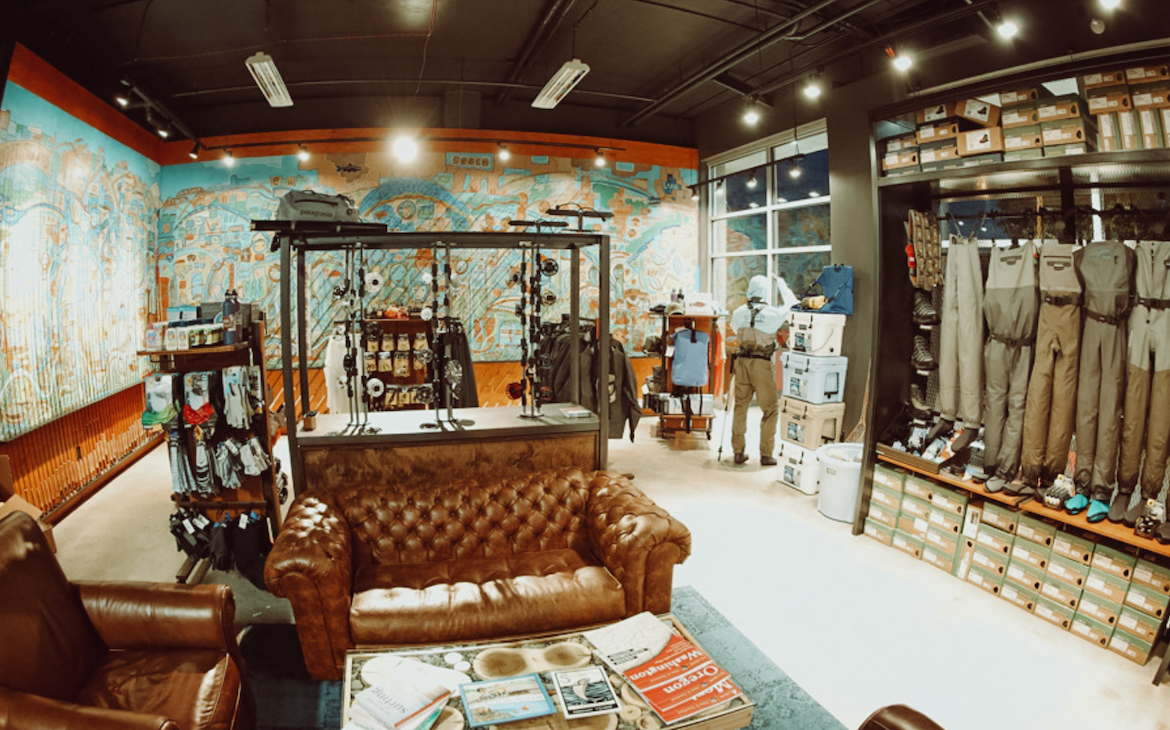 By The Venison Diplomat

Lately, I’ve been reflecting on what it is I want to achieve with the rest of my time on earth. But as a restless goal-setter, I’m constantly drawing up new ambitions. Unsettled and in-flux, I’m cursed with too much mental ambition to match my energy and ability. I suffer from a case of hobby-sickness.

“She felt a wave of hobby-sickness wash over her. Should she take up surfing or just stick with knitting?”

In the last decade, I learned how to ride a motorbike and owned three. Each was ridden as little as the previous before being sold. I got my boat license, which I still intend to make use of someday. I just need to buy that boat. I took horseback riding lessons but found it disheartening to put my faith in a half-ton temperamental beast. I’ve played squash, basketball, touch football and even learned how to play Aussie Rules Football, calling an early retirement after three games.

My garage is full of so much equipment, I could start a sporting goods store. If you need the following let me know and I’ll hook you up: surfboard, mountain bike, road bike, cricket gear, boxing bag, tennis racket and golf clubs. Before you look me up on Forbes’ rich list, these purchases were second-hand and many have since found more appreciative owners. However, how much do you want to bet some went to another hobby hoarder like me?

Eventually, my hobby-sickness led me to fly-fishing, even though I was warned this is one of the most expensive and addictive pursuits a hobby-sick person can chase. It all started a while back when during a particularly feverish bout hobby-sickness, I booked a guided fly-fishing trip for my six-month pregnant wife and me.

The guide drove us to a local park and began to confuse us with fly-fishing jargon. He spoke of tippets and leaders, about loading the rod and getting to the backing. We then practiced casting. I quickly realized fly-fishing was hard and that I was the second-best at it in my family. I was not going to learn this hobby in a single day. I say hobby because that is how I viewed it. It was far from a sport, obsession or a way of life for me. It was simply another box that I intended to mentally check on my always growing hobby list.

We convinced our guide that we could swing a long stick from 10 to 2 in a metronomic tempo. We were also able to keep tension on the line as we battled our trophy fish, which was our guide running up and down the grass with the hookless tippet wrapped around one hand screaming “don’t lose the fish!” After we provided enough early morning entertainment for the dog walkers at the local park, it was time for the real deal.

To an outsider, we must have looked stupid, but we didn’t care. It was cold and we were happy to do anything other than stand in one place swinging our arm back and forth. We had evolved into a couple of stone-cold fish killers (or catch and releasers to be precise). And what better fish than a giant introduced rainbow trout in a local water catchment next to a power station.

Unfortunately, we were unsuccessful at catching a fish that day. Maybe it was the wind whipping into our faces, forcing my backcast to fly a little too close to my face for comfort. Maybe it was because it was the middle of winter and the fish just hadn’t developed an appetite for small balls of fur and feathers delicately tied to shiny silver hooks. Maybe it was due to my tangled line being out of the water more than in it, as I battled with endless knots. Or maybe it was the fish looking up at me through the crystal clear water in disgust for having the audacity to wear a Donegal tweed flat cap in a display of moronic irony.

While I wasn’t successful in catching a fish, I didn’t catch any hobby-sickness symptoms either. A year later, I’m still fishing, even if it’s sporadic. I have still yet to land a fish. I just can’t work out if I am not good at it or simply haven’t yet put in the time required to outsmart these aquatic tricksters. It is at this stage of the hobby that I normally suffer from symptoms of my debilitating illness and become distracted by some other shiny activity. Yet, I still own a fly rod (or three), and I haven’t considered selling them. So hobby-sickness isn’t the issue here.

I think that there is something about fly-fishing that has convinced me to keep at it. I like the randomness and variability of each experience, which for a nomadic hobby pursuer like me is important. I like the fact that not too many people are doing it (although its popularity is growing). I like that I don’t need to be good at it, as it is a solo pursuit improved only by my efforts. This is important to me as my goal in life isn’t to be the best at anything, I just don’t want to be the worst. Most of all, I like that it has distracted me from the symptoms of hobby-sickness.

Even though I have given it a go, I am yet to tick the box next to fly fishing on my mental checklist and move on to the next pursuit. Instead, I am satisfied to continue my attempt at learning this new skill. I guess you could say that this hobby has me hook, fly and leader.