Home » The Measure of My Angling: Then and Now – Lani Waller

The Measure of My Angling: Then and Now – Lani Waller 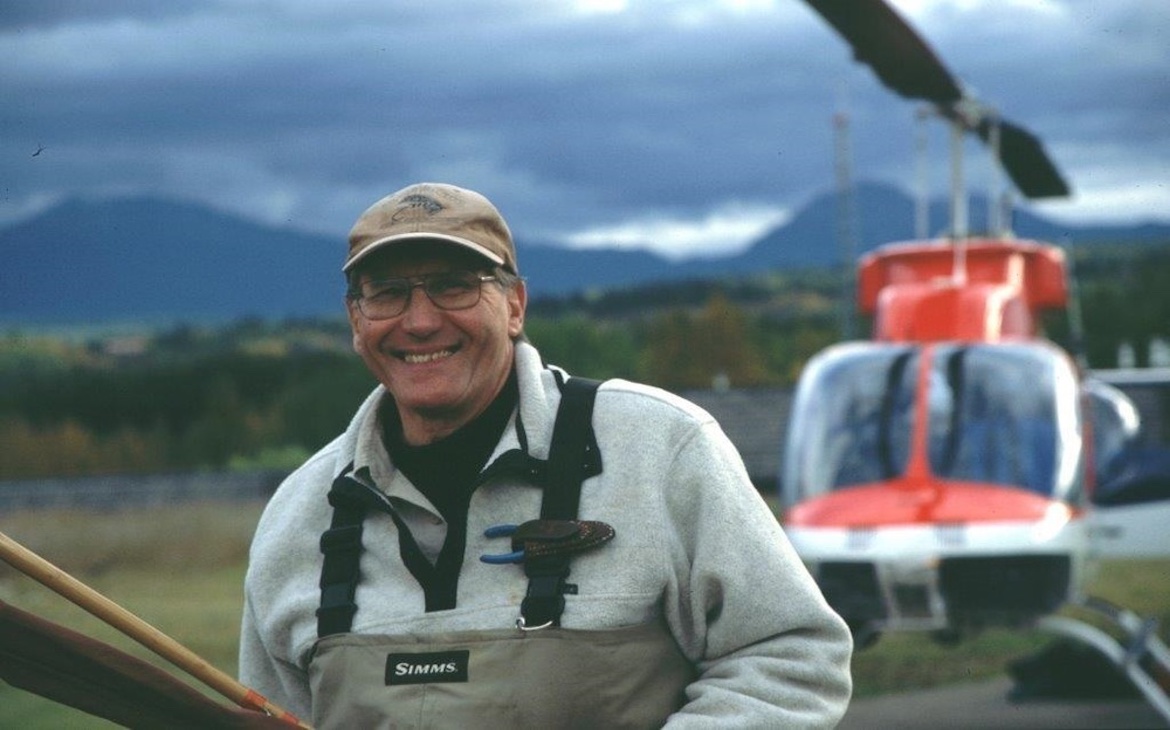 I caught my first fish when I was six years old. It came out of a farm pond in southern Missouri and I got it on a worm fished with a bamboo pole my father had taken from the garden. No reel. I didn’t even know what a reel was, but it was love at first sight and I was ecstatic about the event. The fish was about six inches long, with a large head, whiskers and a slimy body that I had a hard time holding in my hands. I decided to make it my permanent friend, so I put it in a bucket and took it home. At that point my father nodded his approval and dropped out of the picture. A few moments later, my mother gave me a large glass jar to house my new friend.

When I asked my mother what this new friend would like to eat, she hesitated, looked into the jar and said, “Well, Lani, it might like some bread.” So she went into the kitchen and returned with a few slices. As she watched, I crumbled the bread and dropped it onto the surface. My mother nodded in approval and went on her way. I sat watching to see how much my new friend would eat. An hour passed. Then another. The fish wasn’t hungry, I told myself.

Come evening the fish still hadn’t eaten its first meal with me, but after dinner I decided that maybe the fish didn’t like bread and it might like some of my hamburger. So I saved some of the meat and put it in a napkin. After helping wash the dishes—it was my job to dry—I took the hamburger to my room, sat on the bed and began dropping bits of meat into the glass jar. A little later I went into the living room to join my father in listening to a radio show called, “The Shadow Knows.”

This episodic adventure was built around a man who could become invisible and go out into the world to save innocent victims from the “bad guys.” The show always opened with the same introduction and it made me tingle when the announcer said, in a deep and mysterious voice, “Who knows what evil lurks in the hearts of men? The Shadow knows… heh… heh… heh.”

The episodes were fascinating and in a way helped me shape a philosophy that included a genuine concern for “The truth, the whole truth and nothing but the truth.” This concern stayed with me and eventually came to rest in my fishing life. As most people know, anglers are not supposed to tell outright lies, but we can stretch things a bit when it comes time to talk about the one that got away. It is hard for me to remember the times when I did stretch the truth, but when I did I didn’t go too far. In other words if the steelhead looked like it was 49 inches long with a 24-inch girth, that was the truth.

When it came to saltwater fly fishing everyone knows that’s where the monsters live and if I jumped a tarpon, sailfish or marlin and if my line broke, or the hook pulled out and they got away, I had to estimate their weight. It was a moral imperative. So as it turned out, I lost five record tarpon that averaged around 250 pounds. I also vividly remember my three world record sailfish, which weighed around 200 pounds and five Blue Marlin that had to be 300 pounds.

Now that I think about it, all of these fish were definitely new world records, but I might have fudged a bit on their weight. Years later, I decided to be more careful about my estimates, as I saw many eyebrows raise when I told my stories around the dinner table or wrote an article for an angling magazine.

Growing up, my fishing soon became hunting. The connection was obvious. The skills necessary for success were identical. The only difference was that with fishing I didn’t kill my catch. I released it. I loved that idea. But I still enjoyed hunting and did some deer hunting with my father. And then one day on a deer trip with him, we spotted a deer standing in the forest about 100 yards away. My father became excited and asked me if I could see the “big buck” standing in the shadows. I looked at it and couldn’t see any antlers. I answered, “Dad, those are not antlers they are tree limbs. The deer is a doe, and we can’t shoot it. They are off-limits.”

“You are wrong,” he said. I shook my head and said, “No, they are not antlers. Don’t shoot.” He looked at me and said, “Didn’t you hear me?” I said once more, “They are not antlers.” My father was a stubborn man and impatient when he wanted something, and I knew he really wanted to shoot. So he raised his rifle and pulled the trigger. The shot ran through me as a spear and my heart pounded. I watched as the animal fell to the ground. “Let’s go,” my father said. “I got him.” I knew better.

Off we ran up the hill until we came to the deer lying on the forest floor. Even now, as I am writing this decades later, I can still see that animal and the look in its eyes as we approached. I will not forget. I cannot forget. (I am stubborn too.) The doe’s eyes were wild with fear and it was trying to get back on its feet. My heart was beating like the ocean’s pounding roar. My hands were shaking and I could feel in that moment that I would never go hunting with my father again. I loved him, but I had my own values, ideals and feelings.

Then, at the moment he recognized his mistake I could see his shoulders slump. He put his hand to his mouth and I could hear his breath resonating in the forest. His hands were shaking. So were mine. He looked me in the eye and his words cut through me like a sword. “Finish her off son,” he said. And he turned and left me standing there with the deer looking at me.

I looked at her as my eyes filled with tears and I placed the gun against her head and pulled the trigger. I turned around and started the walk back to the truck. My father said nothing as we drove back home. As I recall, we never mentioned the event again, but I was finished with hunting. I gave my gun to a friend, and almost immediately I bought another fishing rod and as many flies, leaders and other items as I could afford. At that point my angling changed. I still loved the “hunt,” or chase, and I did indeed kill a fish now and then but it seemed different. It is difficult to explain this and I know that many will disagree, but there seemed to be a difference between a trout or bass, and a four legged animal like a deer or moose.

My love of the chase, the hunt, still existed and my writing for the various angling publications always included strong opinions about catch and release, and our responsibilities to the waters we visit. I also fell in love with saltwater fly fishing and began traveling all over the world. I caught all of the major species—from tuna and dorado to blue marlin and sailfish.

At my 80 years of age, I look back at my journey with appreciation and respect. It has been a remarkable one, with many turns in the road, including a fatal airplane crash in British Columbia that took the lives of two of my friends and a young pilot. I alone escaped and that event changed my life in more ways than one. I fish now with a great appreciation for my existence and that of the other men and women I have been lucky enough to meet and fish with.

My greatest concern now is our planet and environment. They are in great danger but I am confident that reason and careful appreciation of our natural resources will prevail and our future will be secure, but we must stay the course. As one of my angling companions has remarked, “It isn’t nice to mess around with Mother Nature.” I happen to agree.

Episode #: 1 (click to listen)
Duration: 1 hr 12 min
Topics Discussed: Lani’s introduction to the sport, his famed steelhead videos, fly fishing, human nature, the plane crash that nearly ended it all.
Behind the Scenes: April’s interview with Lani was Anchored’s first episode! A little known fact is that it was recorded as part of the “Shorelines with April Vokey” television series. You can watch the behind the scenes of that interview on our members page here.
Buy Lani’s Books and DVDs: A Steelheader’s Way, Lani Waller’s Steelhead Legacy DVD, River of Dream’s
Bio: Lani Waller is a respected author, angler, and traveler. He has pursued steelhead for over fifty years and is considered one of the foremost experts on trophy British Columbia steelhead. Lani was inducted into the Fly Fishing Hall of Fame in 1997.