Home » The Intruder: Ed and I — Tyler Kushnir

The Intruder: Ed and I — Tyler Kushnir 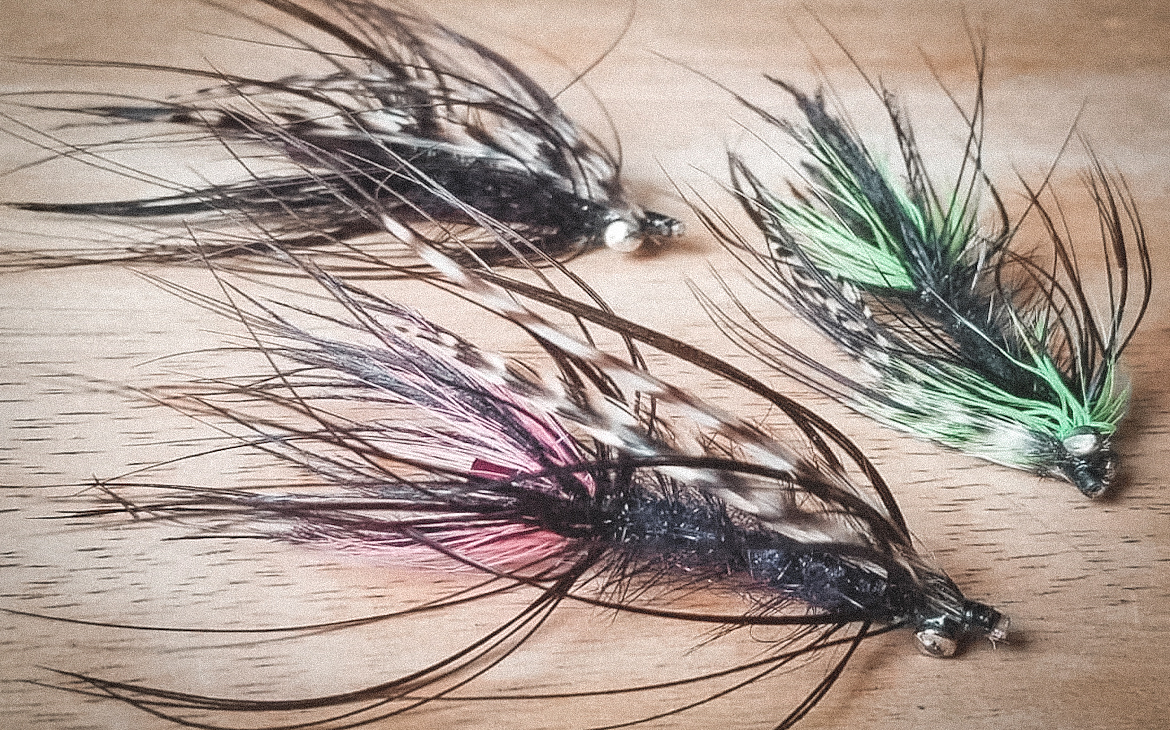 It is interesting to see how a fly pattern morphs into a fly style. The first fly that comes to mind is Ed Ward and Jerry French‘s Intruder. I am certain that these innovators would not recognize many of today’s patterns as the ones they developed (and I am pretty sure Ed would have something to say about it).

I have thought a great deal about how this comes about. As a friend of Ed, for many years I struggled when people showed off their “Intruders.” I finally just kept my mouth shut and stopped pointing out the inaccuracies, as I remembered my own journey with trying to tie the almost mythical Intruder. Like Ed himself, the fly was more a rumor, something whispered about by a close-knit group. The first time I met Ed on the banks of the Sauk I said, “Wow, you really do exist.”

Until Ed finally gave me a close up look at an actual Intruder, I made a lot of guesses based off a vague photo in one of Trey Combs’ books. My flies looked like a lot of the “Intruders” one sees on social media these days. Reminiscent of, but not the Real Deal. Those who know Ed and Jerry will be familiar with their scientific approach. The evolution of their Intruder was a well thought out process, from the materials to the techniques needed to achieve their desired effect.

The first and maybe most important thing was to create a fly that would entice the most aggressive fish. Not something to eat—rather something to crush, to annihilate and get the hell out of my space—hence the moniker Intruder. To do this would necessitate a large presence. They went with the basic idea of a squid—a favorite ocean food of steelhead. A significant problem with large profile flies is the bulk and water resistance that the bulk presents. Getting dense bulky flies to swim down where winter fish live is difficult—and casting them can be an adventure too. Ed, Jerry and the other Skagit masters such as Kinney, O’Donnel, McCune, Hogan et al., solved a lot of the casting issues with their versions of the Skagit line and casts. Yet the issue of getting big bulky flies to swim where Ed and Jerry wanted them remained.

Here is where the true genius of their fly comes in. The Intruder is a big profile fly that does it without bulk! This is accomplished by the key ingredient—and the one most overlooked by those tying today’s Intruders—ring-necked pheasant tail feathers as the hackles. I have watched Ed soak and then painstakingly split with a razor the central tails of pheasants. Then while still wet, carefully wrap two or three turns as hackle. The result is a relatively stiff hackle that resists folding back too much and thus retains the appearance of bulk with very little material. The pheasant tail is further supported by a shoulder hackle and a small ball of spun deer hair. The pair of stiff hackles provide the appearance of bulk and as Ed would tell you, a vortex to wiggle the swim a bit. The rest of the fly was also subject to their close scrutiny. However, I believe the use of ring-necked pheasant tail feather as hackles is the key.

Starting from the rear was a shoulder hackle, then two bunches of ostrich herl tied to flare out like the legs/claws of a prawn. Ed was adamant that each clump had precisely nine herls. Then came the aforementioned pheasant hackle, followed by a thin body of dubbing with a hen hackle palmered forward. This is followed by the front hackle with its spun deer hair and shoulder hackle (sometimes I also add a facing hackle for a bit of color). Next came the wings of two to four grizzly hackles, usually natural. Then a small set of lead eyes. These were not to sink the fly, rather to provide balance and a jig-action when the fly finds a bit of slack on the swing. Small lead eyes work best.

Color is open to the tier’s choice. I have found that it is a little limited by the difficulty of dying the pheasant tail, but that is where I will use a turn of a long saddle or spey hackle for the splash of color I want. I have caught lots of fish on black as well as more natural tans and browns.

In all the years I fished with Ed before he went back to Michigan I never saw him fish an Intruder. It was almost always a string leach. When I commented he said, “I don’t want to lose an Intruder—they take me an hour to tie!” When I laughed he said, “Besides, you are using one.”

As I saw it there were two reasons—maybe three for the tying time. Certainly, Ed’s meticulous approach was one, but the others are in my opinion technical.

The first issue was the splitting and tying of the ring-necked tail. You had to soak it in warm water, carefully split it with a razor, and then wrap it on before it dried so it didn’t crack. It was still a nightmare to wrap.

Then there was his intricate set up for his hook. First he cut the bend off a particular hook (I never bothered to find out which). He filed and smoothed it down to a taper, then a small bit of plastic was carefully stripped off some copper wire, the tippet was passed through the eye of the hook, threaded through the little length of plastic, and finally a hook that Ed custom bent to the shape he wanted was tied on and the plastic was threaded onto the tapered end of the shank. The line was adjusted so that the hook dangled free and faced up—both of which Ed felt improved hooking ratios—and I think made it less likely to snag on something and the masterpiece be lost.

This is my story of Ed and the Intruder, which was both fun and educational. My solutions, while maintaining the integrity of the brilliant concept were three-fold—none of which readily passed Ed’s rigid standards. Grudgingly, he eventually gave me his blessing and it cut tying time in half.

First was the ring-necked pheasant tail. Rather than try to split it I soaked it overnight in water with hair conditioner in it. Then while it was still wet, stripped it from the top of the stem with the strong membrane still attached. Not only was it easy, but there was little or no waste. And when it dried it remained supple enough to easily wrap, but it was tough and still stiff enough to keep the hackles doing their job. I would strip a bunch at a time and store them for easy future use. I saved lots of time! Ed harrumphed, but said okay (but l know he still split his anyway).

The issue of hook preparation was solved by tying on a tube. Again, Ed didn’t like it—but agreed it looked right. His final line of defense was the free swinging hook. I had simply inserted the hook into a piece of junction tubing facing up. Of course Ed did not like it—he was indeed consistent. After some thought I solved the dangle issue to Ed’s satisfaction. I used a thin tube to tie the fly, then a short piece of junction tube. Next I attached the hook (a Partridge Salar that was virtually same shape Ed created by bending) with a short non-slip loop knot. Then making certain the hook was facing up, I pulled the knot into the junction tubing until it butted up against the thin tube of the fly. The hook dangled perfectly.

Indeed I had changed things, but in the end Ed grudgingly admitted that, “it was a real Intruder,” as I maintained the keys that make the fly.

Like all of us, Ed and Jerry continue to tweak and think and tune things, and their flies indeed evolve as well. However, looking at some of Jerry’s recent ties the essential tenets of the Intruder concept remain. A big profile to illicit aggressive grabs and the appearance of bulk without a great wad of material that would inhibit sinking readily. New materials can work really well, so long as this appearance of bulk is maintained.

The “Intruder Style” of fly is now truly wide-spread and tiers will add their take on what that means. I do believe that if they have a grasp of the essential design concepts that Ed and Jerry came up with, these newer patterns will have great success.