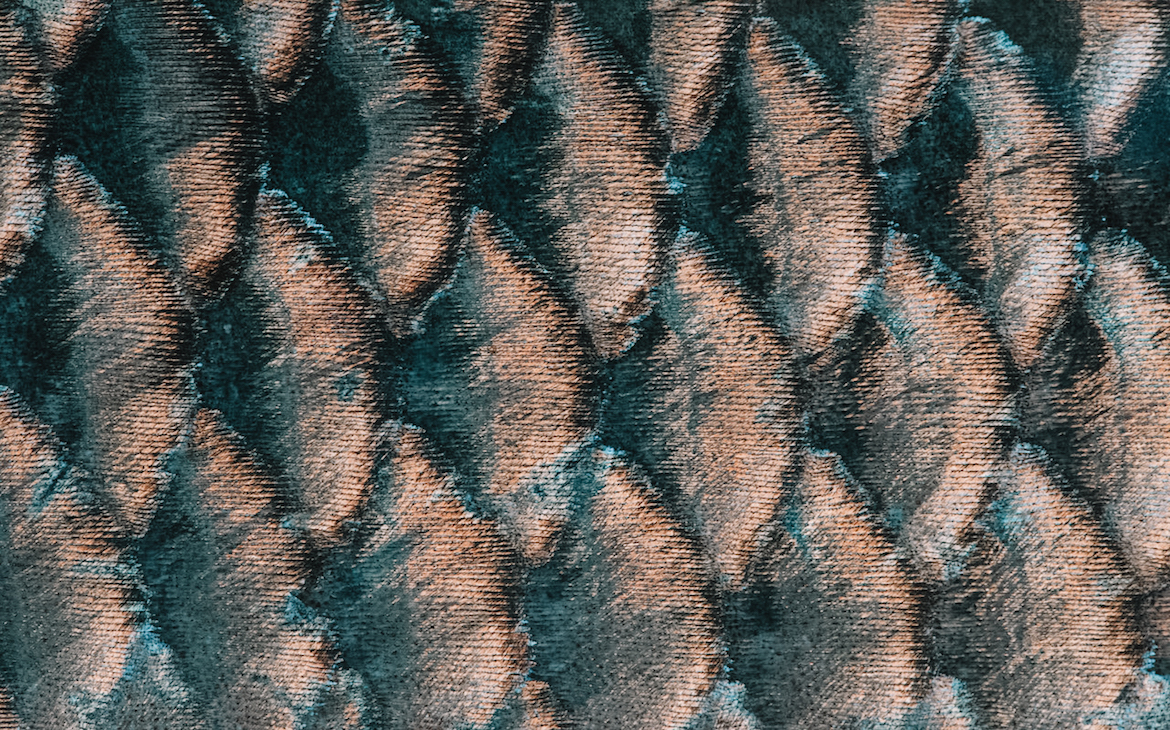 My fascination with fish scales began during a spring steelhead trip on a coastal river in northern British Columbia. I was there with a friend who was collecting scale samples for a study on wild steelhead stocks. Upon landing a healthy hen, he used tweezers to pluck several scales from her body before carefully releasing her back into the wild. The physical composition of anadromous fish begins to change once they’ve entered the river, so he explained that it was important he collect from the freshest fish he could find.

That was the first time I ever really noticed the difference between the fish I harvested in the ocean and the ones I caught in the river. When I fished for salmon in the saltchuck, my hands and boat were covered in silver medallions, but when I caught them in the river, their scales were tightly affixed to their skin. So tight, I’d never actually seen one dislodged or out of place. I eventually learned that salmon and steelhead grow a membrane over their skin once they’ve acclimatized to freshwater, so while their scales are still there, they’re protected and far more difficult to remove. This simple observation led me down an intriguing rabbit hole of squamatology (the study of fish scales), and interesting facts about fish scales and the secrets that lay within them.

Not all fish have scales, but the ones that do have one of four variations: placoid, cosmoid, ganoid, or cycloid and ctenoid. Scales often develop later in a fish’s life. They grow from the skin and act as a shield against predators, disease and habitat. They also serve as camouflage, with some mirror-like scales even giving the illusion of invisibility by catching the light when it hits the water, then scattering the reflection in multiple directions. Depending on the species, scales vary in size, shape, distribution and function. Tuna, for example, only have prominent scales on body parts that need extra protection. Most fish keep their scales once they have them, but there are a handful of species that shed them as a predation decoy.

A close look at any fish scale is a telltale sign of nature’s ingenuity. Fish don’t shed their scales as part of their growth, so their scales grow with them, documenting pertinent information along the way. Similar to trees, most scales have a tightly wound group of rings called circuli that help us determine the fish’s age and growth rate. By analyzing the space between each ring, we can determine water temperature, food abundance and the overall health of individual fish. But fish scales tell us more than just their life story, they also show remarkable levels of innovation. For example, fish with round overlapping scales are able to push smoothly through the water with limited drag. Fish with a lateral line maintain their sensitivity by covering it with porous scales that allow water, sounds and vibration to pass through. Some scales can even change color to better suit their environment. And shark teeth aren’t actually teeth at all—they’re a build-up of modified placoid scales!

The most common scales are cycloid and ctenoid scales. They’re made from bone and collagen, and are found on bony fishes, which make up the majority of the fish we’re familiar with. As a general rule, if a fish has bones, it’s from the bony fish (Osteichthyes) taxonomic group. Cycloid and ctenoid scales are similar enough to be grouped together in the same category; however, the major difference between the two is the smoothness of their outer edge. Both types overlap, but the exposed edge is different. The cycloid has a smooth edge, the ctenoid has a spiny one. Most species only have one of the two types of scales, though certain species of flatfish have both. The side of a flatfish that faces upward has the spiny edged ctenoid, while its belly has cycloid scales to help it glide frictionlessly over the ocean floor.

Placoid scales are found on cartilaginous fish such as sharks, rays and skates. The composition of a placoid scale is very similar to our own teeth. They have a central pulp cavity of blood vessels that are surrounded by a layer of dentine and vitrodentine (a substance similar to enamel). Unlike the cycloid and ctenoid scales, placoid scales don’t grow in size or stay with the fish until death do them part. Placoid scales generate to fill in any open spaces as the fish grows larger.

The placoid scales on sharks each have a small backward-facing spine that contribute to the skin’s rough texture. As the shark moves forward in the water, the spines create mini whirlwinds that minimize water resistance and give the large animal a freakishly stealthy silence. Some species of cartilaginous fish even have fused scales that form appendages. The rigid spikes found on a stingray tail or in the mouth of a sawfish are really just combined, modified placoid scales that have formed into stiff, rigid prongs.

The ganoid scale is found on bowfin, gar, sturgeon and bichirs. They have a similar chemical composition to the placoid scale, but are rhomboid-shaped and connected to each other by peg and socket joints. Like armor, they are extremely tough against even the sharpest predator’s teeth. Similar to the scales in bony fish, they grow with the fish, documenting their journey along the way.

Probably the least common scale is the cosmoid scale, which is only found on lungfish and the mostly extinct lobefin. These scales are made up of bone and a series of materials similar to the placoid. Not much is known about these scales or the fish that once wore them, but there are a multitude of theories that the cosmoid scale derived from the placoid scale.

Not all fish have scales. There are a multitude of fish that are scaleless, most notably the catfish and the eel. Some fish, like the swordfish, are born with scales, but they permanently shed them as they grow. Scaleless fish are protected by thick mucus and, usually, a resilient skin that acts as a barrier to injury and parasites. The slippery slime may also aid in making them nearly impossible to hold.

Throughout history, fish scales have been used to make jewelry, arrowheads, medicine and leather. I make fish leather often and have found that the scales can be left in during some methods of tanning, but they either dissolve or end up falling out eventually. That said, some leather gets its intricate prints by utilizing scales in the tanning process. Such leather was used for drums, shoes, clothing and bags.

There were other uses as well. Shark skin was used as sandpaper, fish offcuts were used as fertilizer, and fish scales were (and still are) made into glue that can hold for long periods of time.

It’s quite possible that fish scales are being used now more than ever. They’re a common ingredient found in supplements across a wide range of industries. Fish scales contain collagen which is regularly used in skin, joint and anti-ageing products. A large percent of cosmetic manufacturers use the brilliant metallic scales to provide sheen and shimmer in their makeup. Fish scales also contain chitin, which is used in medicine, supplements, agriculture and as filler in car paint repairs. Most recently, scientists have begun to convert fish scales into a renewable power source, and there are even bio-plastics being made entirely from fish scales.

Unsurprisingly, fish scales are starting to show up on the culinary scene in recipes that require gelatine, or a sprinkling of flavorful crispy flakes. So while we’re quick to scrape them from our filets and fish leathers, they’re a remarkable learning tool for any family with a microscope and appreciation for the smaller things in life.