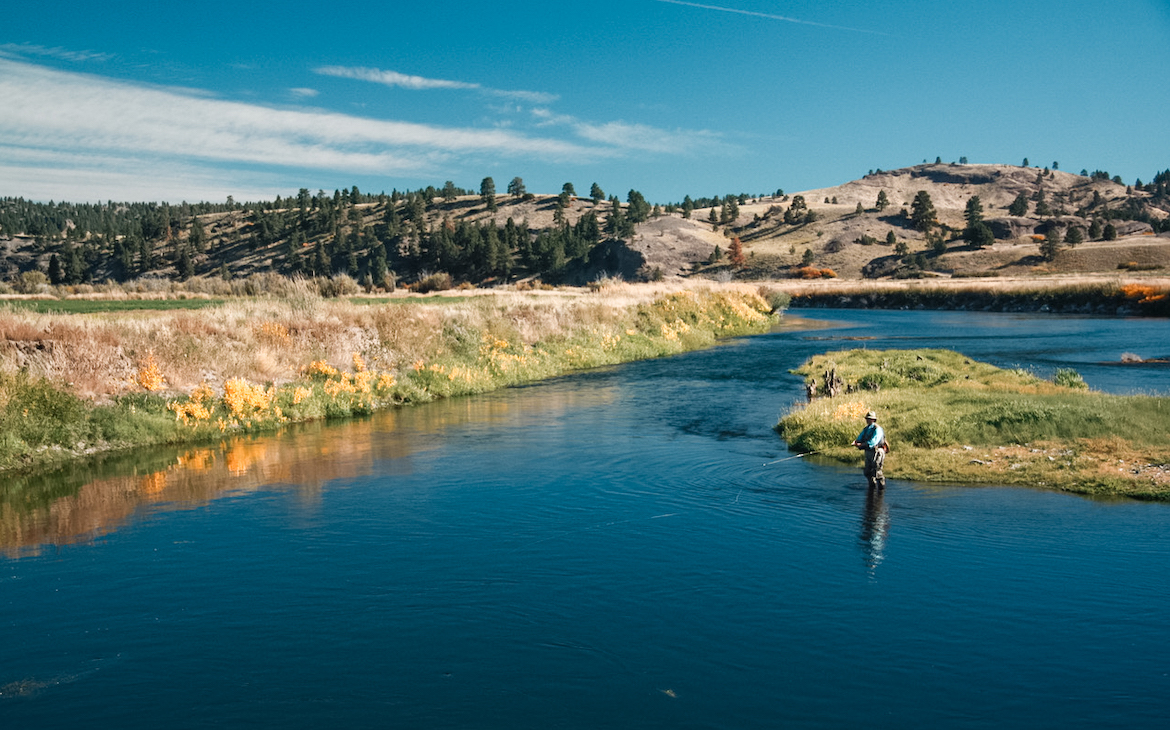 Why would I want to try fly fishing? I catch plenty of fish with gear, bait, and spinning tackle. Isn’t fly fishing expensive to get into? Isn’t it hard to do? And it seems so – so trendy. I’d have to get the right kind of fancy waders and learn all the fancy jargon and up my social media skills so I could post photos on line. What’s the point of all this?

That’s a lot of questions, but they’re good ones, ones that probably occur to just about everyone who considers taking up fly fishing.

Let’s get something straight at the outset. There is nothing “better” about fly fishing as opposed to fishing with spinning tackle, gear or bait. (Although regarding bait, if catch-and-release regulations are in effect, all other types of tackle are better for the fish than bait. A fish that’s caught on a baited hook is not as likely to survive as one caught on any un-baited hook, which is why bait is generally not allowed in places with catch-and-release regulations.)

Fly fishing doesn’t make you a more ethical angler, a more virtuous person, or more likely to be nominated as citizen of the year. However, the one thing about fly fishing that is “better” is this: It’s more fun. Fishing is an endeavour of entertainment, and most people who fish with fly tackle feel that they get more enjoyment (read: entertainment) by fishing that way.

Everybody likes to feel a fish fighting at the end of a line, so what’s the difference between fighting a fish with fly tackle and fighting one with spinning tackle?

Very little. The difference comes from what leads up to the fight. Fly fishing has some inherent limitations that may actually make it harder to catch fish, but which also by their nature make it a more interesting (read: entertaining) way to catch fish.

When you fish with bait, you cast it out into the water where it wiggles about, looking, smelling, feeling, and tasting like real fish food, because it is. When Mr. or Mrs. fish eats it – surprise, surprise, there’s a metal pokey thing hidden inside. You’re mostly a happy, innocent observer in the process, most of the work having been done by the bait.

When you fish with spinning tackle, you cast something out into the water that’s shaped to move a certain way when you retrieve it. The lure shucks and jives through the water, appealing to the fish’s predatory nature and provoking it to strike. You remain mainly a happy, innocent observer, most of the work having been done by the lure.

These are over-simplifications for sure. But when you take up fly fishing, you’re agreeing to play a game with a different set of rules. The premise of fly fishing is imitation: choosing and using a fly that imitates something the fish are accustomed to eating at the moment you’re on the water. That thought provokes questions: What are the fish eating right here, right now? What does that food item look like? Where in the water does that food item live? How does that food item behave? The answers to these can be found through your own observation, through wise counsel of a fly-fishing friend, or through books, videos, Youtube, fly shops, guides and instructors. But the point is, when you’re fly fishing, most of the work is being done by you. You believe you know what the fish are eating and what fly will imitate that food. You decide where to cast. You make the fly behave like the real food item. When it all works out and you do find yourself fighting a fish at the end of the line, it’s confirmation of your understanding of what’s going on down there in the water. And that feels good. In short you feel smart, rather than lucky. Most of us prefer smart. The value of fly fishing isn’t just in the catching of fish, but in knowing and understanding why you caught them.

This is the kind of thought that fly fishing fosters. Though our detective work doesn’t always pan out and there are many occasions when we feel more like Inspector Clouseau than Sherlock Holmes, when it does it’s especially satisfying. And the unsuccessful days send you back to the drawing board with increased determination to do better next time.

Here’s something I present to a number of new fly fishers each summer: You’ve read in a book that a certain trout stream provides good fishing with grasshopper imitations. Great, you’ll fish hoppers. Where do you cast them? Out in the middle of the stream? No, the fish there don’t see many hoppers. You fish them near the banks where the hoppers live. What time of year do you fish with hoppers? Spring? No. You fish hopper imitations when the real hoppers are active and the fish are used to eating them, which is late summer and early autumn. Does the weather matter? Yes. Warm, breezy days are best because that’s when the real hoppers are most active and can be blown into the water. Wind direction? A wind that blows from the land to the water.

After this the skeptic in the group might say something like this: “This is all fine, but I don’t see why you’d go to all the trouble of using fly tackle to catch these fish. Why wouldn’t you just grab a real grasshopper and stick it on a hook? Wouldn’t that work just as well?” The answer is yes, but I follow up with a little analogy from another sport. “Do you play golf?” I ask. “A little” is a common answer. “Well I don’t,” I say. “But it seems to me that golfers go to a lot of trouble to get the little white ball into the hole in the grass. All those sticks, all those rules, all those funny clothes. Why don’t you just pick up the ball, walk over to the hole and drop it in?” “Because that’s not how you play golf!” he says.

“Bingo,” I say. A different set of rules, remember?

Is fly fishing hard to learn?

No, but it is different from other kinds of fishing, both in the tackle and its use. The physical part is casting, which is a very learnable skill. And while it can be learned from watching instructional videos, the best way to learn is under the tutelage of an experienced instructor. The difference is that with a video you can watch great casters cast, but they can’t watch you.

How about the cost? It seems that fly fishing is kind of a snobby, uppity game where people seem proud of how expensive their gear is.

Like everything else, fly tackle is available at a great range of prices. Perhaps the sport’s most significant development in the last 20 years is the improvement in the quality of moderately priced equipment. You can get started with good gear for costs comparable to or significantly less than what’s required to take up golf or skiing. And the big difference in expenditure comes when you use the equipment. Golf and skiing require significant outlay each time you go. Fly fishing usually requires just a fishing licence and there’s no limit on how many times you can use it .

I’ve gotten this far without mentioning the “fresh air and exercise in the great outdoors” business. That’s because you get those benefits from all types of fishing. But because fly fishing requires so much thought it’s very good at taking your mind off other things. Fly fishing doesn’t give you time to worry; you’re too busy thinking.

I believe that from time to time it’s beneficial to direct all your attention toward something that isn’t very important in the big picture of life. For a lot of folks that something is fly fishing.