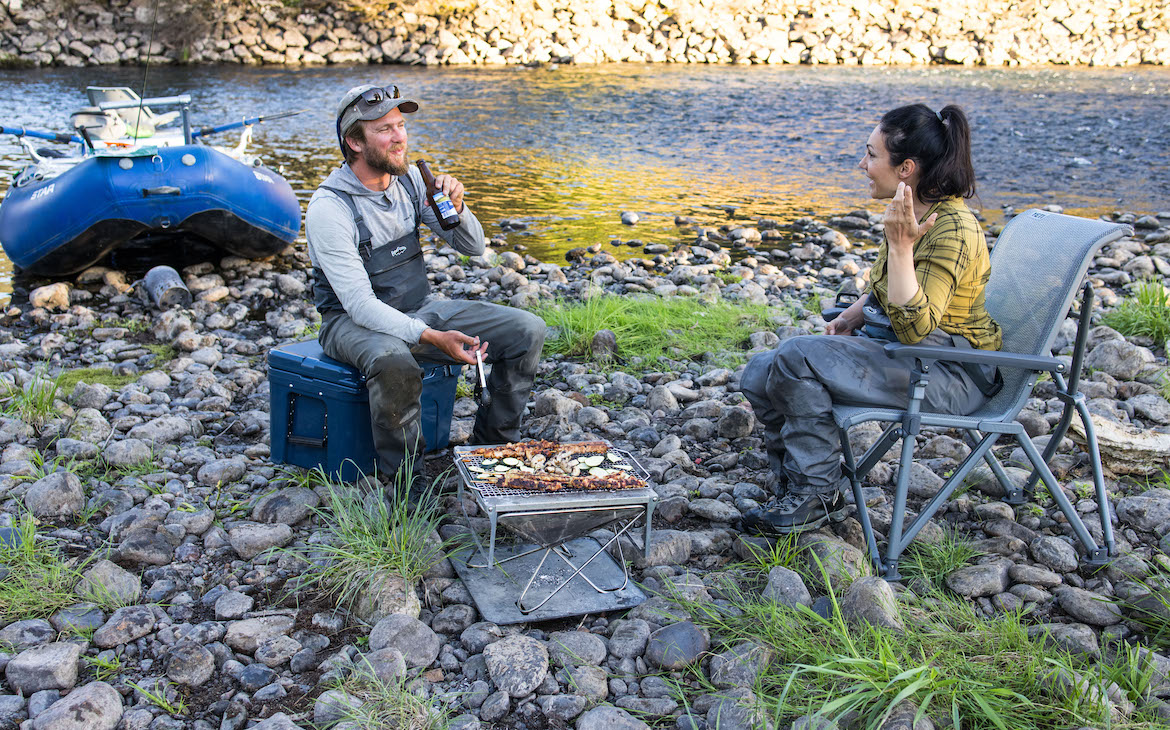 Mickey Finn didn’t find guiding, guiding found him. Spending his days guiding in Australia’s Snowy Mountains, Mickey has the opportunity to fish some of the best, undiscovered fishing spots in the world. You’ll want to jump on the next plane to Australia after listening to Mickey describe the brown trout near him.

On this episode of Anchored, Mickey Finn opens up about brown trout, using UV in flies, his anxiety, building rafts, and more. You’ll be surprised at Mickey’s frank discussion about his condition. Listen in to hear why he thinks that fishing can be a crutch for people who suffer from anxiety.

Is it Mickey Finn or Michael Shanahan?

Mickey Finn is actually named Michael Shanahan; he uses Mickey Finn as a sort of stage name for his guiding business. Michael was born into a family of journalists in Canberra, Australia. In addition to being the capital of Australia, Michael describes Canberra as a halfway point between the mountains and the sea. In this optimal location, his family enjoyed holidays at the sea during the summer, and in the winter they traveled to his family’s mountain house in Adaminaby.

How Mickey Finn got started

Michael’s obsession with fly fishing started when he was a kid. He grew up back in the days before the internet, so when he saw a man fly fishing on a river he asked him all he could about it. Then, he went to his local library to check out every book they had about the sport.

Since his family owned a house in the mountains, as a teen, he would often take family and friends fishing at his favorite fishing spots. When he was a little older those family friends would often reciprocate his kindness with a 6-pack of beer.

At age 20, Mickey officially set up his guiding business with the help of a family friend when he was still at university. While he studied English and History, he showed anglers the best local fishing spots in the Snowy Mountains.

Michael enjoyed the best of both fishing worlds while guiding in Montana during Australia’s off-season. Listen in as he reminisces about his guiding experiences in Montana where he learned how to row a drift boat.

Don’t miss out on trout fishing in the Snowy Mountains

Australia’s Snowy Mountains begin with a gradual climb then rise to 2000 m. As their name implies, these mountains receive consistent snowfall–sometimes well into the summer. Home to a massive wilderness area, the still undiscovered Snowy Mountains contain world-class fishing. Anglers can fish for rainbow and brown trout and several other native species. Trout are not native to Australia, the brown trout in Australia’s rivers originate from English streams by way of New Zealand and date back to the 1800s. Listen in to hear why Michael finds browns so enchanting.

Getting personal with Michael

Michael opens up about mental health and his struggles with anxiety. He describes how anxiety feels with careful detail. Michael never wanted to ask for help with his anxiety lest he seem a burden to others, but after suffering in silence for years, Mickey decided to seek help from his doctor. He now regulates his condition with medication and coping strategies. I was surprised by his opinion on using fishing as a coping mechanism. Listen in to see if you agree with his point of view.

Thanks to this episode’s sponsor