Home » From Top to Bottom: A Look at Sinking Lines (Part One)

From Top to Bottom: A Look at Sinking Lines (Part One) 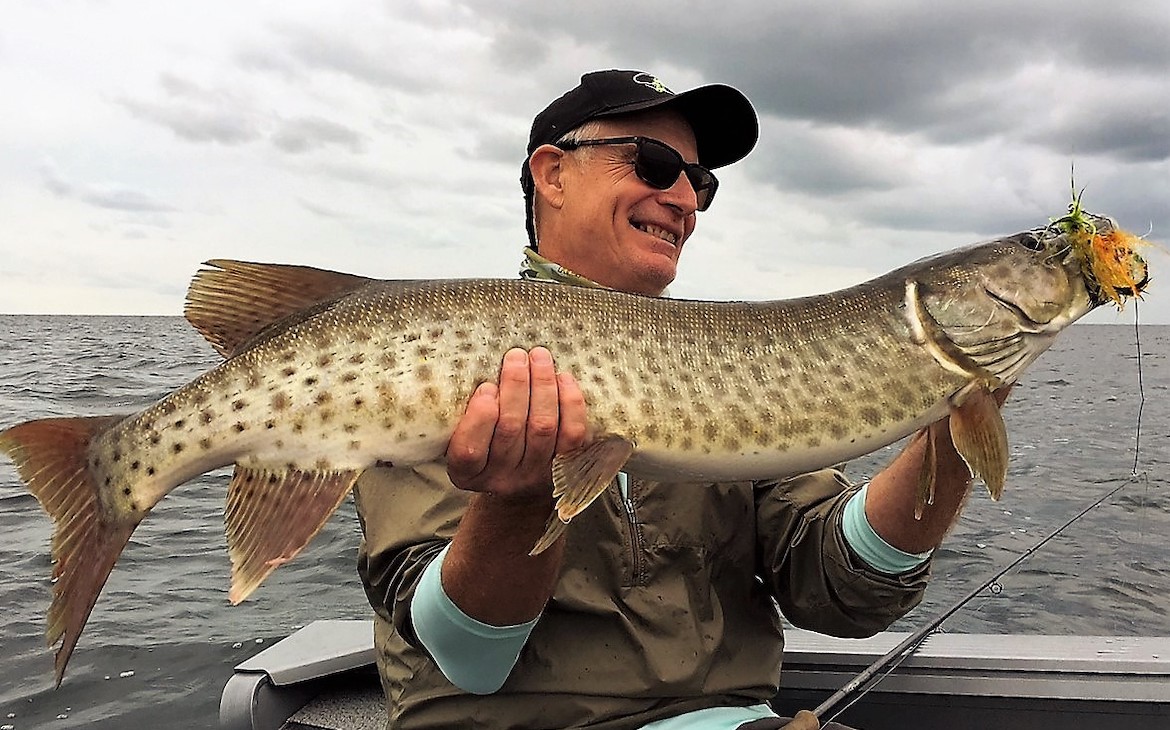 If there’s one piece of fly-fishing gear the average angler can add to their kit to open up a whole new dimension of angling opportunities, it’s sinking lines. Sinking lines can be used in a wide range of scenarios to take flies to fish where regular floating lines just can’t get the job done. Understanding when and how to put a sinking line to use can be a game changer for many fly fishers. In some situations, they’re an absolute necessity.

In this article, we’re going to take a look at the various types of sinking lines available today and how they can be used. Single-hand rods will be the focus due to the extensive range of waters and species that can be targeted—but remember that regardless of where you fish, having some sort of a sinking line with you makes sense and is often the difference between fish and no fish.

If you need to swim the fly below the surface for any distance and have it hold depth for a period of time, the sinking line comes in to play. Sure, you could use a 20-foot leader and heavy fly to try to get your fly down around 20 feet (if you could even cast it), but as soon as you begin the retrieve, your fly is going to start climbing towards the surface. The faster you strip, the faster the fly climbs and the higher it goes. The result is a fly that spent very little time in the depths—at the very most, 3-5 feet.

The sinking line, however, will hold the fly at a certain depth for an extended period of time. To understand this, let’s take a look at modern sinking lines, how they’re made, and their ideal applications.

The earliest sinking lines were used in big-water applications. Sections of lead-core trolling line were attached to a monofilament shooting line and set up as shooting heads. This configuration brought the fly down, but was somewhat hazardous to cast as the lead-core was not very flexible. Tangles were also a significant problem, as well as needing to duck on the forward cast to avoid injury.

Back then, use of these lines was limited. They were primarily used for northeast striper fishing or for targeting Chinook salmon in deep coastal estuaries. They weren’t really practical as a general fly-fishing line simply due to the weight of line that needed to be cast. Most were used on 10-weight outfits.

Eventually lead powder was mixed into PVC and flexible shooting heads were made. Varying the amount of lead powder and PVC helped control the grain weight and sink rate of the head. It was the beginning of full-sink lines, where the running line and belly were integrated as a single unit and manufactured into various line weights. Scientific Anglers introduced these first lines called Wet Cel in 1960. Since then, line technology has advanced to a point where sinking lines are made to cover a wide array of uses in freshwater, saltwater, tropical and coldwater scenarios. They can be made up of multiple densities and range in depth from just below the surface to several meters down.

If we look at sinking lines that are currently offered by manufacturers, we find a staggering assortment of options—trying to select the best options for your needs can be intimidating. Let’s take a look at the various sinking line designs available and where they are best applied.

In this line design, we’re looking at one-piece lines where most of the line floats and only a portion of it sinks. While there are separate tips that you can add to a two-hand line when swinging flies for steelhead or salmon, that’s not what I’m referring to in this section. The one-piece sink tip lines are weight-forward designs made to fish flies from just below the surface film to depths of around 10 feet. Their length and density of the sinking portion varies.

Sink-tip lines are offered in specific line weights and normally in three primary sink rates. Intermediate tips sink at just over 1 ips (inches per second). Sink 3 averages 3 ips, while Sink 6 is 6 ips. These are usually sold for 5 weight rods and up. The reason for this is that lighter line weights aren’t really practical because the tungsten powder needed to sink the line will exceed the designated line weight.

These lines are primarily used to cast and strip streamers in lakes, rivers and streams when fishing chironomids, leeches, and various nymphs in stillwater situations. They can be used both when wading or fishing from a boat. The base material used in line construction is clear and has a density slightly higher than water, so the intermediate tips can be kept undyed for a super-stealthy presentation near the surface.

By switching up the length and density of the sinking section, the angler can control how deep the fly is fished and how fast it can be retrieved. For example, short, clear tips (5’) are used to fish small flies with a slow retrieve near or in the surface film of the water. A longer (15’) Type 6 tip will keep a streamer down 6 feet or so on a fast retrieve. With the main body of the line floating, a general rule of thumb is the shorter the tip and faster the retrieve, the shallower the fly will run. Another note to make is that since most of the line floats, these lines are quite easy to pick up and recast. 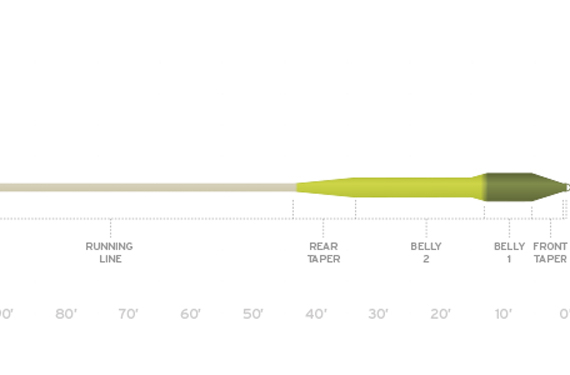 As fly fishing horizons have expanded, so has the application of these lines. They are now built up to 12-wt. for use in extreme environments such as the Amazon and saltwater flats, used across the world for peacock bass, tarpon, permit and other gamefish.

The next lines we’re going to cover are integrated shooting heads and full sink lines. Fly line technology has advanced significantly over the years, and modern sinking lines are precision fishing tools. As anglers, it’s helpful to at least understand the tools that are available to us for less than desirable circumstances or tricky to reach fish. Be sure to check back in a few days for Part Two, or subscribe to the Anchored Outdoors newsletter to have updates brought to you.